Chadwick Thrilled with Prema Drive and Rodin Cars Backing: “It’s the most exciting moment of my career” 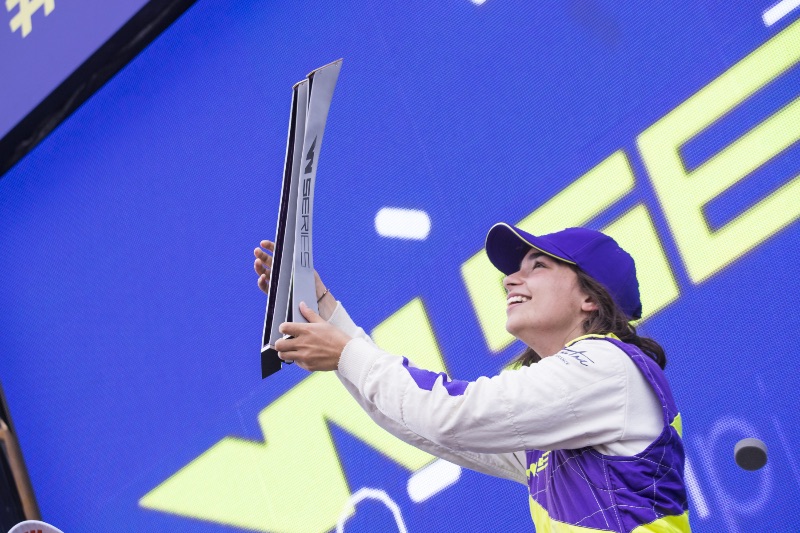 Jamie Chadwick is eyeing a drive in Formula 1 within the next three to four years now that she has the backing to advance her career in single seater racing.

The inaugural W Series champion will make a step up to the Formula Regional European Championship in 2020 with Prema Powerteam after securing the backing of Rodin Cars, who are looking to aid her progress through the ranks.

Chadwick, who is a development driver with the Williams Racing Formula 1 team, says the financial backing required to make the jump up the motorsport ladder is ‘insane’, but now that she has the support of Rodin Cars, she is optimistic that she can become the first female driver to reach the top level of racing since 1992.

“It’s a dream come true, really,” Chadwick is quoted as saying by the BBC. “If I had a smaller budget, I couldn’t race with a top team like Prema and give myself the best chance to perform and justify being in F1.

“The scary thing with motorsport is the financial backing required. It’s an insane amount, but it’s so exciting to have been given an opportunity to do it with Prema.  To drive in Formula 3, for example, you’re looking at double what I got in W Series prize money.

“It’s the most exciting moment of my career and gives me security and structure.  Every year I’ve gone racing I’ve always had that uncertainty [of what I could do the following year], but now I have structure and support, and I can focus on performing my best.”

David Dicker, the founder of Rodin Cars, says the partnership with Chadwick is ‘long-term’ and is aimed at giving her the best opportunity to reach Formula 1.  He believes that she will be able to flourish and show her abilities with Prema in 2020.

Chadwick will also help develop the FZERO car for the manufacturer as part of the deal, with Dicker believing her contribution will be ‘invaluable’ to them.

“The philosophy here at Rodin Cars is to make exceptional cars, which requires an exceptional team behind it,” said Dicker.  “Jamie is an exceptional racing talent. We are taking a long-term view on this in fully supporting her journey as she moves up the ladder towards F1.

“We want to see Jamie flourish and hone her abilities as a world-class racing driver in competitive racing on the global stage and she is joining the Rodin family because I believe she has the skills needed to contribute to the development of the forthcoming FZERO – a car that aims to be faster than an F1 car around a track.

“Her technical knowledge and ability to communicate that back to our designers and engineers is already proven when she visited us in March this year, and her contribution will be invaluable as the FZERO project continues to gather momentum.”

By Jasmine Butler
2 Mins read
Toto Wolff congratulated the hard work of everyone in the Formula 1 community for a busy couple of months ahead of the Russian Grand Prix.
Formula 1

McLaren looking to 'maximise all opportunities' in Russia

By James Thomas
3 Mins read
At the first flyaway race of the season, McLaren are looking forward to the possibility of scoring decent points.
Formula 1