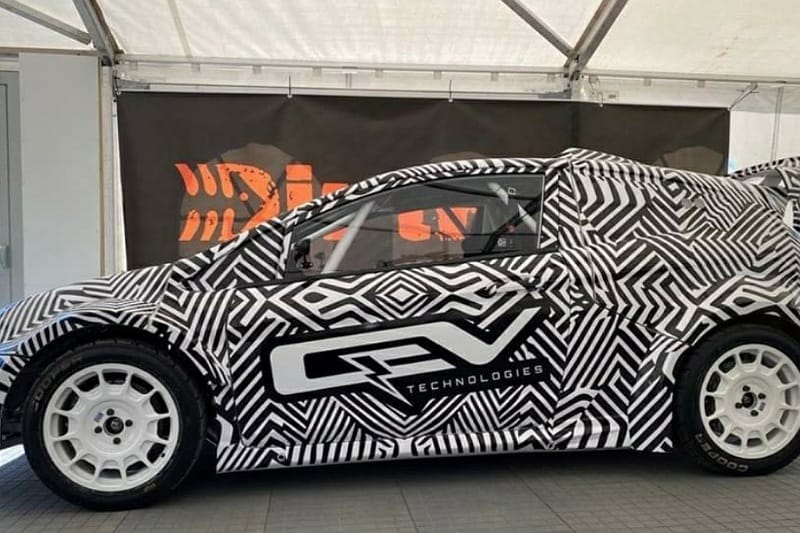 QEV Technologies has revealed its brand-new Junior eRX car at the All-Star ‘Magic Weekend’ at Höljes which will make its debut as part of the 2021 FIA World Rallycross Championship support bill.

Earlier this year, the FIA stated the introduction of the all-electric regulations in the World RX Supercar class would be postponed to 2022, although the governing body clarified that the move wouldn’t affect the plans for the Junior eRX category launching next season.

The car has been developed by in partnership with Olsbergs MSE – owner Andreas Eriksson is also responsible for the Supercar Lites format and is also the man behind RX Promotion, who are hosting the series at Höljes this weekend with a final show car expected in September.

The car uses a 30kwH battery mounted next to the driver and according to QEV is capable of between 20 and 25 minutes of racing per full charge. The pictured concept car will begin testing at the end of this month with 20 cars expected to be built before the 2021 season.

“That is one of the things that I like a lot and I hope the drivers will enjoy, that it will be possible to play with the torque and the regeneration, so you can decide to brake more with hydraulic brakes or with the motors,” Joan Orus, CEO of QEV Technologies told Motorsport.com

“This is completely different to an internal combustion engine [ICE] car, where it’s not possible to adjust those things. This will be a really nice and interesting tool for the drivers to balance the car and the performance.”

The class is aimed towards young drivers and will be on the same lineup as the Projekt E series when it launches and is seen as one of the first steps rallycross is taking to intorudce electric power into the sport.

Höljes and Olsbergs MSE to host a ‘real’ race with Supercar Lites...

QEV is the fifth team to announce to enter the 2021 Extreme...

Enlund join forces with OMSE for full-season campaigns in RX2 and RallyX...