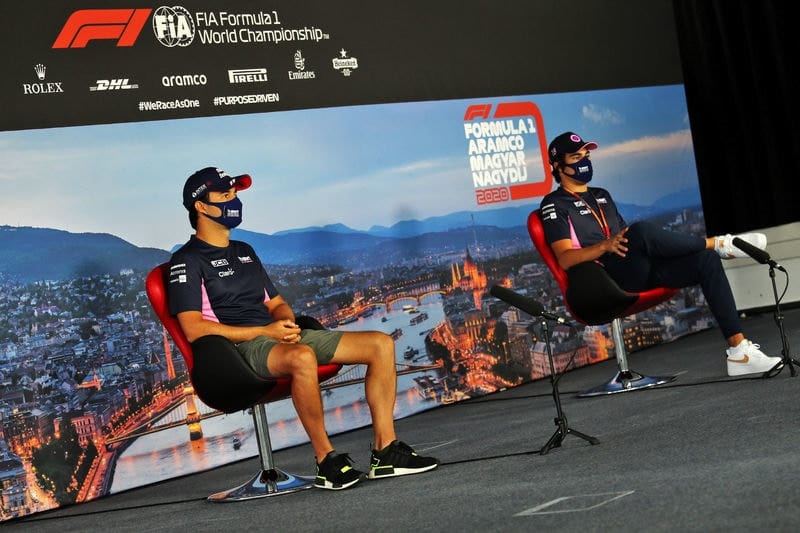 Both Sergio Perez and Lance Stroll are eager to announce they believe BWT Racing Point will be able to achieve strong points finishes in the upcoming races at Silverstone. The circuit, hosting both the 2020 British Grand Prix and the 70th Anniversary Grand Prix, is set to be stage for the UK-based outfit’s home race.

At the last race in Hungary, Stroll finished in a very respectable fourth place and Perez just a few places behind in 7th after a poorly-orchestrated start.

“We actually ended up in quite a lonely race to fourth place, but the main thing is that we were able to score a good haul of points for the team, and so did Checo.” said Stroll.

“It was such a complex race and I’m looking forward to reviewing it and learning what we can for the races to come. We’ve had three races now and looked strong in all of them.”

“I think the podium was close today because we were in a big battle with Bottas and maybe we could have done things differently, but you can always say that after the race.” the young Canadian exulted.

However, with a flurry of successes already in the ledger after just three races, both drivers believe their early-season pace is a strong indication that there is much more glory to come – possibly even podiums.

Stroll assured,“It’s promising that we’ve been able to start the first three races on the front foot and show our pace. We’ve now raced at two very different circuits in Austria and Hungary and we’ve been strong at both. That gives me confidence for the races ahead and we can target a good number of points here too.”

After qualifying high up the order in the controversial RP20, both drivers are looking to make yet another strong impression upon the driver market as rumours continue to circulate about the availability of the Racing Point seats.

In previous years, neither Perez nor Stroll have secured particularly admirable finishes at Silverstone, having achieved just 3 points between them in the past 3 races. Yet, with a much faster car than precursory British Grands Prix, the pair are confident a sizeable points haul is on the cards.