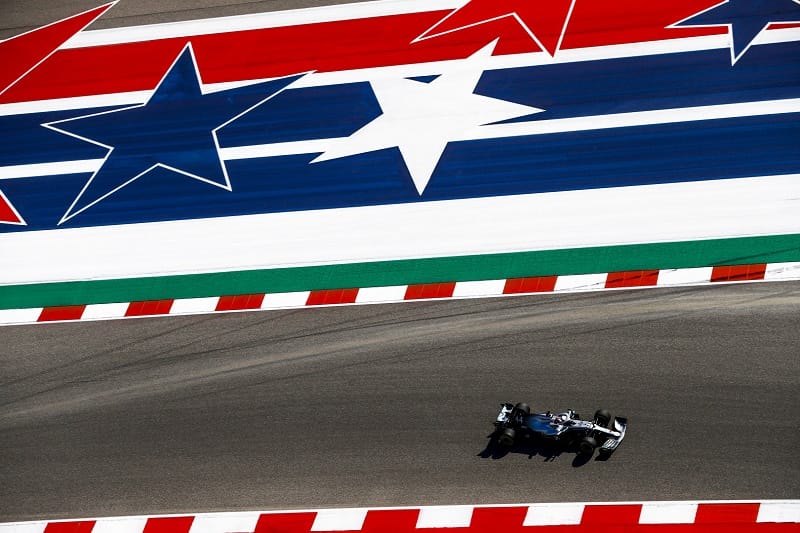 Bobby Epstein, the CEO of the Circuit of the Americas, admits the cancellation of the United States Grand Prix in 2020 is ‘painful’ but he understands the reasons behind the decision.

The FIA announced last week that Formula 1 would not race in either North or South America this year due to the continued presence of the coronavirus pandemic, with the Circuit of the Americas joining the Circuit Gilles Villeneuve in Canada, Autodromo Hermanos Rodriguez in Mexico and the Autódromo José Carlos Pace in Brazil being cancelled for 2020.

After a positive event in 2019, Epstein revealed ticket sales for this year’s event had been up, and there had been some ‘blockbuster performers’ signed up to perform in the evenings, but everything has had to be cancelled as Formula 1 will no longer visit the track.

“The cancellation is prudent, but painful,” Epstein is quoted as saying by PlanetF1.com.  “After a sold-out 2019, advance ticket sales deposits were up near 250 percent over the prior year, and our staff was preparing our biggest event ever.

“We had secured blockbuster performers for the evening shows, and the racing this year is fantastic. I’m disappointed for the fans, COTA employees, our community, and everyone in the Formula 1 paddock, as I believe we all look forward to what has become a wonderful annual tradition.

“It is my hope that the pandemic will soon pass and we will celebrate 2021 with the greatest Formula 1 United States Grand Prix ever!”

Instead of the races in the Americas, Formula 1 will instead focus on more European races, with events at the Nürburgring in Germany, Autódromo Internacional do Algarve in Portugal and Autodromo Internazionale Enzo e Dino Ferrari in Italy being added to the calendar.

Son of an icon: Does Mick Schumacher deserve a seat in F1?

By James Thomas
4 Mins read
The son of seven-time world champion Michael Schumacher, Mick Schumacher currently leads the FIA Formula 2 Championship, but does he really have what it takes to make it in Formula 1?
Formula 1

By James Thomas
3 Mins read
Even after Antonio Giovinazzi crashed out of the race after an eventful restart, Alfa Romeo are happy to bring home some valuable points.
Formula 1

Sergio Pérez: "I think we did really well to maximise the situation to get to fifth"

By Jasmine Butler
3 Mins read
Sergio Pérez battled the field to get fifth but Lance Stroll was on the unfortunate end of a puncture which saw him crash heavily.