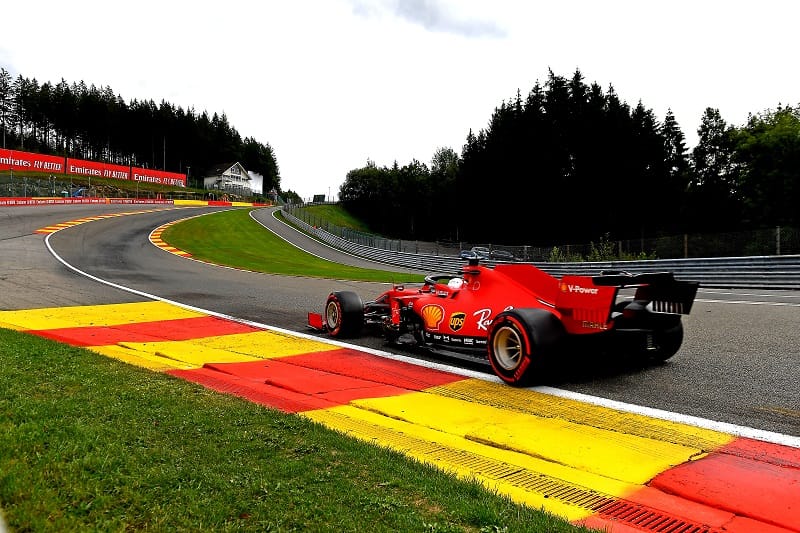 Mattia Binotto says a number of factors are holding Scuderia Ferrari back this weekend as the Maranello-based outfit continue to struggle for performance at Spa-Francorchamps.

Neither Charles Leclerc nor Sebastian Vettel have found a way to break into the top ten in any of the three practice sessions, with Saturday morning session seeing the Monegasque end seventeenth and the German twentieth and last!

There had been hopes that the performance levels of the SF1000 would improve after both Leclerc and Vettel were left in the lower reaches of the grid during Friday’s two sessions, but it was not to be, and there must now be a risk that one or both drivers could find themselves eliminated from Qualifying at the first hurdle on Saturday afternoon.

Binotto, the Team Principal of Ferrari, says the team are struggling, not only with their power unit, but also to get their tyres to work in the proper operating window at Spa-Francorchamps, which is leaving them with a lack of grip under both breaking and acceleration.

“We struggle to make the tyres work,” Binotto is quoted as saying by Motorsport.com ahead of Saturday’s final practice session. “We are lacking grip, both in braking and acceleration. There is no overall performance to the car. So certainly the drivers are complaining about grip, overall grip.

“I think it that’s not the potential of our car, and that’s certainly not the normal position for our car, if you compare where we are on the grid and the relative competitiveness to the others.

“Certainly if you don’t have grip, you are not fast in sector two, and then you are slow in all three sectors as a consequence.  So yes, there is a lot to do, and try to address it for the rest of the weekend.”

Kvyat expecting Portimao to be 'an interesting challenge'

By James Thomas
3 Mins read
Daniily Kvyat is raring to go and score some good points for AlphaTauri at the newly-added Portuguese Grand Prix after a dismal result at the Nürburgring.
Formula 1

Kimi Räikkönen: “We need to do a good job both on Saturday and Sunday”

By Paul Hensby
3 Mins read
Alfa Romeo have been improving their pace and performance in recent races, and both Kimi Räikkönen and Antonio Giovinazzi are eyeing the points this weekend in Portugal.