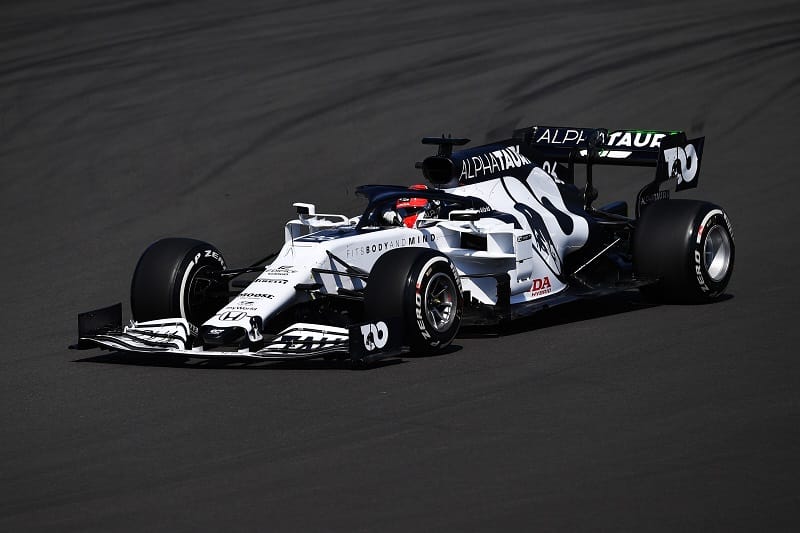 Pirelli Motorsport has concluded its investigation into the tyre failure that caused Daniil Kvyat to suffer a high speed crash during last weekend’s British Grand Prix, although their fact-finding mission has said it was something outside of their control that caused the problem.

Kvyat crashed heavily after appearing to lose control of his Scuderia AlphaTauri Honda heading into Maggotts bend on lap twelve, with the Russian initially blaming himself for it.  The incident brought out the safety car for the second time.

However, on-board footage from the AT01 showed Kvyat’s tyre failing at high speed heading into the turn, which pitched him into the spin that ended up with him crashing heavily into the wall.

Pirelli investigated the problem and found that an overheating wheel rim had burned the bead of the tyre, meaning it was no longer able to hold the tyre to the rim, causing the failure.

“A mechanical issue led to the inside of the wheel rim overheating, burning the bead of the tyre,” read a short statement from Pirelli.  “So, the bead was no longer able to seal the tyre onto the rim.

“This caused the deflation, with the tyre itself playing no part in the cause.”

Despite it being an unusual place to crash, Kvyat’s incident has seen Silverstone officials install a tyre wall on the outside of the turn to give extra protection to drivers should they suffer a similar fate this weekend.

“A tyre barrier approximately 36m long has been installed at the rear of the Turn 11 run-off area,” read a note sent by Formula 1 race director Michael Masi ahead of this weekend’s race.

Another change to this weekend is an additional kerb at Chapel, which is aimed at stopping cutting the turn as they did last weekend.  There are no changes however to the zone where Alexander Albon crashed at Stowe on Friday afternoon.

“I think the angle of where he hit it, it’s not something that’s unusual,” Masi is quoted as saying of Albon’s crash by Motorsport.com. “The angle of impact for our side of it, within our simulations, was all within the guidelines that we have with the FIA.

“So no, I don’t see there being a change to that barrier. It was a very strange incident at that point to be quite honest.”