Stroll Positive after Topping Friday Practice, Hülkenberg Getting Up to Speed on F1 Return 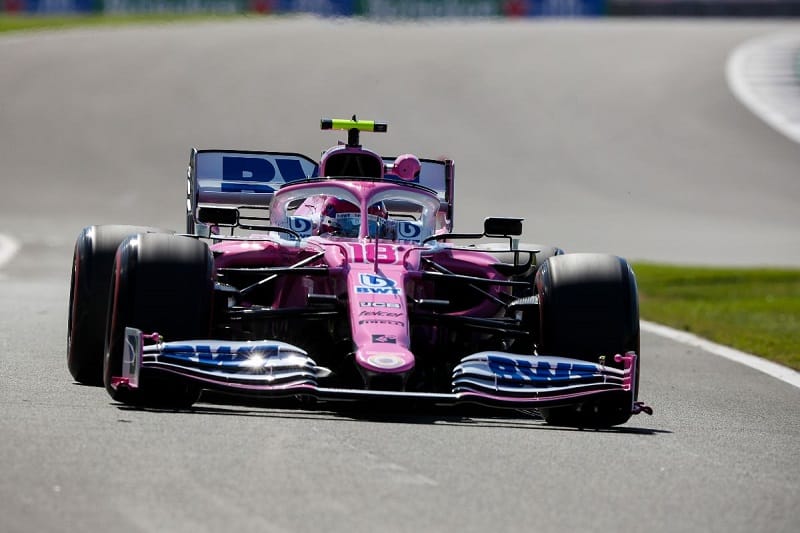 Lance Stroll believes the BWT Racing Point Formula One Team are in with a shout of good points this weekend at Silverstone after a positive showing on Friday.

The Canadian finished third fastest in the morning session but ended the afternoon with the fastest time of the day, his 1:27.274 just under a tenth of a second faster than Aston Martin Red Bull Racing’s Alexander Albon.

Stroll feels the RP20 does suit the Silverstone circuit, but he knows the important sessions – Saturday’s Qualifying and Sunday’s race – are still to come.

“It’s been a positive day and it feels great to be on top in FP2,” said Stroll.  “The car was strong on both the short and long runs today, so it’s a promising start to the weekend for us.

“We knew coming into the weekend that Silverstone could suit the car and it looks like we’ve got a good shot at some big points this weekend, although qualifying and the race are where it really matters!”

Stroll has a new team-mate for this weekend in Nico Hülkenberg after regular team-mate Sergio Pérez tested positive for COVID-19, and the Canadian believes the German will be enjoying driving the RP20.

“My heart goes out to Checo: we’ll definitely miss having him around, but it’s great to welcome Nico back to the team,” said Stroll.

“I’m sure he’s enjoying driving this car – and he’s looking competitive, which is great.”

For Hülkenberg, it was a whirlwind twenty-four hours for the German, who only took the call from Team Principal Otmar Szafnauer on Thursday afternoon asking if he was available to drive.

He had a lot of hurdles to jump through to get the chance to race, including a late-night seat fitting at the Racing Point factory and some simulator work on Friday morning to get some understanding of the car.  He also needed to get a Superlicence approved from the FIA in double-quick time.

Hülkenberg, who raced for the team in its previous guise of the Sahara Force India F1 Team, impressed on his return to the sport, with ninth place in the morning session and seventh in the afternoon, all this despite being away from driving a Formula 1 car since the end of 2019.

“It’s been a really special last 24 hours,” said Hülkenberg.  “At 4.30pm yesterday, I took the call from Otmar and got on the plane. I arrived at the factory and had my seat fit until 2am.

“I got in the simulator at 8am this morning and had some useful prep work. I want to thank the team for their amazing work to get me into the car today, and the FIA for their help with the Superlicence and turning it around so quickly.

“The main positive today is that we completed our programme and that I completed plenty of laps. It was a jump into the deep end, but I was able to see the potential of the car – even if I feel like I could have got more out of the soft tyre today.

“It’s been great to work with some old faces again and that’s been a help in getting up to speed too. I’m looking forward to working with everyone tonight to make sure we extract everything from the car tomorrow.”

Racing Point’s Szafnauer: “It was important to bank a couple of good...

Racing Point’s Otmar Szafnauer: “We need to appeal it because we stayed...

Nico Hülkenberg: “I’ll give everything I’ve got to make sure we get...

Hülkenberg Continues with Racing Point for 70th Anniversary GP after Pérez is...