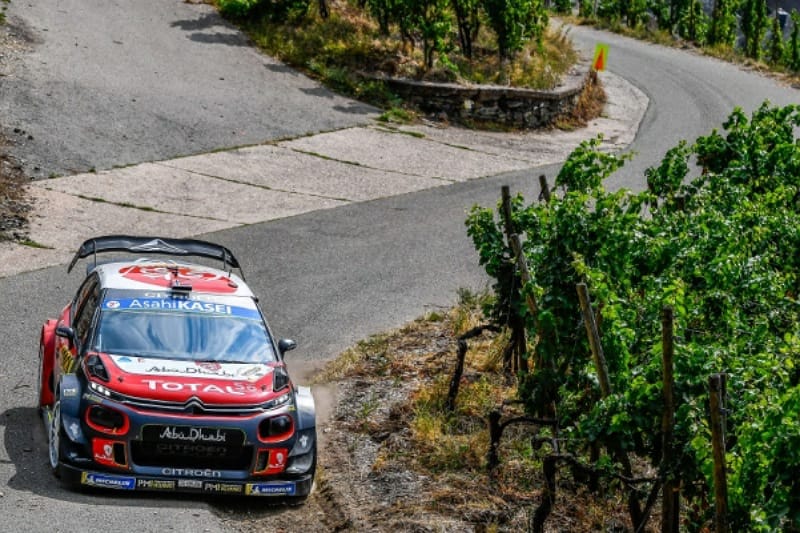 The Fédération Internationale de l’Automobile (FIA) motorsport governing body and the promoters behind the World Rally Championship and European Rally Championship are finding it an increasingly hard job to secure this year’s season. In the coming week, a round from each series may be cancelled due to the ongoing COVID-19 pandemic.

For the WRC it is the Rally Deutschland in Germany that could disappear from the calendar; Here it is an economy problem that is putting the brakes on the event, with the German authorities demanded a spectator free event – the final decisive decision is expected to be made this weekend or the beginning of the week and it will be announced by ADAC.

For the WRC, it will be a hard blow, even though the series has seven rounds left in the calendar. Earlier on in the year, it was taken into account that countries would not let go of the restrictions, despite the fact that the spread of the COVID-19 pandemic had decreased, which meant that eight rounds were picked up. Now it looks like it will be seven that is a limit for the series’ implementation. A possible replacement for the German round could be the Monza Rally Show, who have already announced interest.

For the Junior WRC series, the blow will be harder, a move from the German start to the Belgian Ypres Rally could be an opportunity to keep five races. But for the 2020 JWRC champion, it will be an even tougher task to secure a WRC3 drive next season from taking advantage of the prize, with only a month left until the next season starts from the current one, it will be a hectic winter.

ERC could also be into trouble, Azores Rally on the Portuguese archipelago Azores has long had the green light to start, where there was also opportunities to drive without spectators. But now the event is reported to have problems with the authorities who could stop the event completely according to local news sites on the island.

A solution for the ERC promoter Eurosport Events could be to pick up Rally Fafe Montelongo on the mainland as a replacement, the organiser has previously been reported to be ready and applied for interest in both the ERC and WRC, that event is ran in the first weekend of October.

By Nick Turner
1 Mins read
The next installment of the WRC video game series will celebrate the championship’s 50 year history with new cars and events.
FIA World Rally Championship

By Daniel Lawrence
2 Mins read
A sixty-eight-strong field has been confirmed for the World Rally Championship’s first visit to Croatia (22-25 April).