Daniil Kvyat: “There is always a special feeling for me when I’m in Sochi” 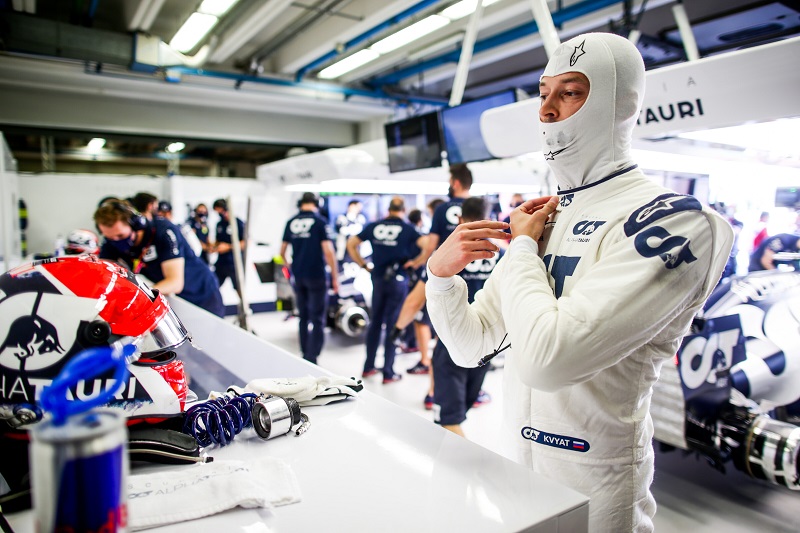 Daniil Kvyat heads to his home Grand Prix in Russia this weekend aiming to build on his result from the Tuscan Grand Prix two weeks ago where he finished seventh.

The Scuderia AlphaTauri Honda driver is excited to return to the Sochi Autodrom, particularly as the venue will host a significant number of fans this weekend, including in a grandstand named after him at turn three.

Kvyat says he is expecting for it to be a one-stop race on Sunday, but he knows he will need to work hard to find a good balance with his AT-01 if he is to be a points contender.

“It’s great to have a home race and nice to go where people are the same nationality as you and support you,” said Kvyat.  “Of course, I’m quite excited about the weekend, as there is always a special feeling for me when I’m in Sochi.

“We already had some fans allowed in Mugello and I believe there will be even more in Sochi, which will be very cool. Of course, it will be important to keep everyone safe, but like every race, there are checks and measures in place to ensure that.

“I hope the spectators will really enjoy the show. I think the grandstand at Turn 3 is still named after me, so I hope that will have plenty of fans. That corner has a very long apex which looks good, although to be honest it’s not too difficult and you take it flat in the dry in qualifying, although you are steering round it for a long time.

“With mainly medium speed corners and some slow ones in the final sector, you need to find a good compromise in terms of downforce. Once you find the right balance you are in a happy place. With low tyre degradation, you might think it will just be a one-stop race, but we will have to be careful, running quite soft compounds. As usual, we will have a busy Friday trying to understand everything.”

Kvyat believes AlphaTauri are on the right path with its development in 2020, and he hopes the progress they’ve made can eliminate the gap between them and their rivals immediately in front of them, namely the McLaren F1 Team, BWT Racing Point Formula One Team and Renault DP World F1 Team.

AlphaTauri has fifty-three points to their name after the opening nine races, exactly half of what McLaren has scored in third, with Racing Point, Renault and Scuderia Ferrari in between the two teams in the Constructors’ Championship.

“It was cool to have a bit of a break after Mugello,” said Kvyat.  “That wasn’t an easy race for us, but I managed to keep out of trouble with all the incidents and red flags.

“I concentrated on keeping focussed and keeping it clean because in these sorts of situations that’s what normally brings you a good result. I believe we managed that quite well as a team and got the maximum amount of points we could have done.

“I enjoyed Mugello, a track with gravel traps, which is the way racing should be really! It made every high-speed corner even more exciting: one small mistake and you are in the gravel trap. We didn’t need to have discussions about track limits.

“I would say our car has been looking more competitive in these last few races, with continuous progress being made. In general, it’s a very tight midfield and, as we have seen in normal circumstances, without any unusual events in the race, we are slightly behind McLaren, Racing Point and Renault.

“However, we are talking about very tiny margins. We are looking to completely eliminate that gap in the near future and I believe we are on the right path to doing so.”