Max Verstappen: Mugello is “going to be super-fast and great fun in an F1 car” 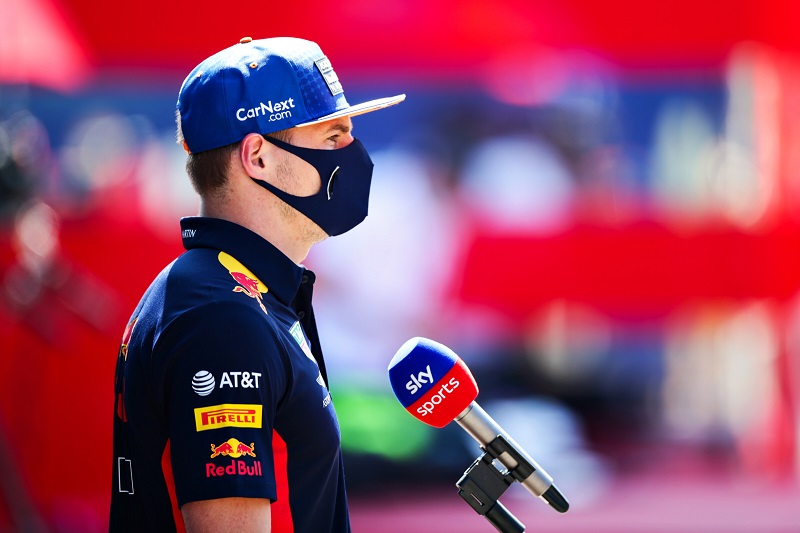 Max Verstappen will race at the Autodromo Internazionale del Mugello for the first time in his career this weekend, with the Aston Martin Red Bull Racing driver eager for a better weekend than he endured last time out at the Autodromo Nazionale Monza.

Verstappen retired from the Italian Grand Prix due to an engine-related issue on his RB16, but the Dutchman remains in Italy for the Tuscan Grand Prix this weekend, a venue where he has seen very little of during his impressive young career.

“I have never raced at Mugello but I drove the circuit recently and it is a really great track,” said Verstappen.  “It is a pretty unique circuit and not really similar to another on the calendar and it is going to be really fast in a Formula 1 car which is the outstanding factor to consider.

“It’s not going to be easy to make overtakes but it’s definitely going to be fun to drive and I’m looking forward to experiencing it.”

Verstappen is expecting a tough weekend for the Pirelli tyres at Mugello, particularly due to the high-speed turns at the track, and he says it will also be a challenge to the team to come to a circuit with very little knowledge.

“Mugello is definitely going to be hard on tyres, mainly because of all of the high-speed corners and high track temperatures,” said the Dutchman.  “It’s also a new challenge to see how you’re going to perform without any preparation or knowledge on-track in an F1 car.

“It’s also a good test for the Team, as well as for the drivers. The engineers have already done a lot of simulator work, we’ve prepared in the best way possible but there will still be a lot of fine tuning to do at the track which is normal but it makes Friday more important.

“All of the fast corners, especially Turns 1 and 2, those corners are flat. I don’t really have a lot of experience there of course, so I’ll just have to go with the flow, but I like new challenges and it is good to mix things up a bit for everyone.

“It’s going to be super-fast and great fun in an F1 car and hopefully our weekend will end in a better way than last weekend.”

Team-mate Alexander Albon also missed out on points at Monza, finishing down in fifteenth after a bad opening few laps left him embroiled in the midfield battle with a damaged car.

The Thai driver is expecting a very physical weekend at Mugello, and unlike Verstappen, he has raced at the venue before, albeit back in 2012 in Formula Renault and is excited to race there in Formula 1.

“It’s a really cool circuit and I’ve driven there once before back in 2012 in Formula Renault. It’s going to be one of the quickest tracks on the calendar this year in terms of pure outright speed and just to give you an idea, I think the lowest gear we’ll use is fourth!

“The whole track is pretty special, it’s quick and there’s a lot of elevation so it will be definitely be a lot of fun for us as drivers. I’ve driven it on the simulator and it’s got a very good flow to it. As a Team, it’s hard to say but I think it could be a good track for us and as it’s new on the F1 calendar, everyone is pretty new to this place and so experience and knowledge won’t play so much of a role which could make things interesting.

“It’s going to be extremely physical because the long, loaded corners are where you feel the g forces and Mugello is full of them! It will be massive and we’re definitely going to feel it, I know that. I think tracks like Singapore and Hungary, driver fitness does play some part and we could see that here.”