Max Verstappen: “We won’t stop fighting for wins and podiums” 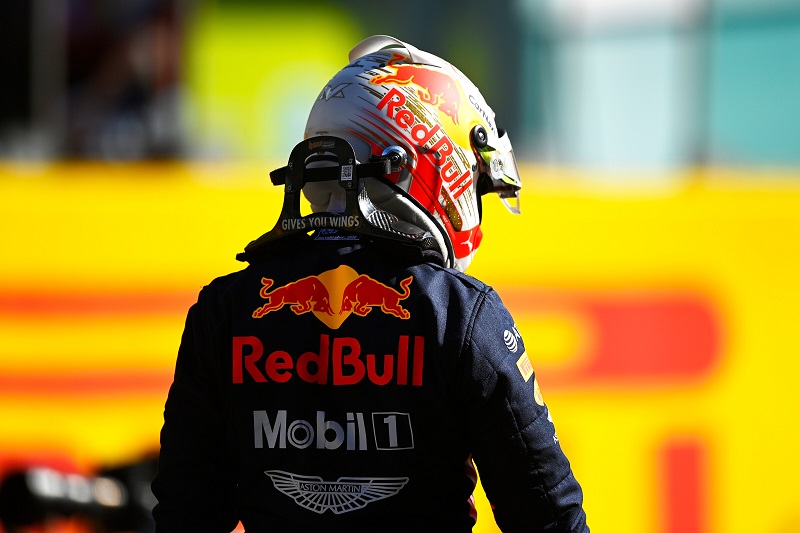 Max Verstappen is eager to put behind him the disappointment of the last two Grand Prix weekend’s behind him when Formula 1 returns with the Russian Grand Prix this weekend at the Sochi Autodrom.

The Aston Martin Red Bull Racing driver retired from both the Italian and Tuscan Grand Prix, with technical issues blighting both weekends.  However, he knows that everyone within the team is working ‘in the same direction’ and will be pushing to eliminate similar issues from reoccurring.

Verstappen says that the team will not stop fighting for the wins and podiums in 2020, even if the Dutchman has now slipped twenty-five points behind Valtteri Bottas in the Drivers’ Championship despite being ahead of the Finn just two races ago.

“I think it was good for everyone in the Team to have a weekend off but I’m looking forward to getting back to racing, especially after not actually doing a lap in the race at Mugello,” said Verstappen.  “It is of course not nice leaving a race weekend in that way, especially when I think we had a good chance of more than just a podium, but we have to put that behind us.

“We have of course discussed the issues as a Team, and everybody is working in the same direction and trying to fight for every possibility in every single race that we can. I think we made some positive steps with the car at Mugello and it was of course good to see Alex on the podium for the first time. We won’t stop fighting for wins and podiums.”

Verstappen says Sochi is unlikely to feature on Red Bull’s list of favourite venues, although he hopes to be up at the front of the field when it matters on Sunday.

“It’s not going to be easy in Sochi and it has not been a favourite for us with a lot of long straights and the competition behind will be close,” said the Dutchman.  “The track is pretty unique as most of the corners are 90 degrees which we don’t usually experience.

“So, we need to make sure we get the set-up just right, especially for certain slow corners to maximise the exit before the straights. It’s also not the easiest place to overtake, but let’s hope this weekend I won’t need to do too much overtaking and that we can get a good result.”

“Let’s keep going, get our heads down and hopefully get some more silverware!” – Alexander Albon

Whereas one Red Bull driver was left disappointed after the race at the Autodromo Internazionale del Mugello, the other, Alexander Albon, was delighted after securing his first podium finish of his Formula 1 career.

The Thai driver, the first from his nation to stand on the podium in Formula 1 history, says getting into the top three was a reward to those within the team who have stood by him despite a lot of criticism from the press coming his way.

“I was obviously super happy and a big thanks to the Team who have supported me from day one – they deserve it and I feel like I deserved it,” said the Thai driver.  “It was a good day out and great to see how happy everyone was underneath the podium – it was nice giving them something to celebrate.

“It’s very special to see the Thai flag on the podium and also to be the first driver to do that. I’m proud to wave the flag for everyone in Thailand that has been supporting me throughout my career. Sunday was a really, really good day so now let’s keep going, get our heads down and hopefully get some more silverware!

“The triple headers have been relentless!  The weeks you have off racing go by just like that and I’m sure it’s the same for everyone. The last triple header felt really long so it’s definitely been nice to spend some time at home.

“That said, if you have one race or three, it doesn’t really change anything in that you’re always ready and raring to go but it will be good to have a normal race weekend this time.”

Looking ahead to Sochi, Albon says the track has not traditionally been a strong one for Red Bull, but with what’s happened during 2020 to date, they cannot rule out turning around their fortunes at the circuit this weekend.

“Sochi doesn’t tend to be an amazing track for us as a Team but as we’ve seen this season, you never really know what to expect until you get to the track so let’s see how it goes but we head to Sochi hopeful,” said Albon.  “It’s quite a unique track and truthfully I prefer others from a pure driving perspective.

“Each corner is very similar so if you’re strong in one then you tend to be strong in all of them, but the last sector is quite technical and also low grip so you need to manage wheelspin, especially on a push lap.

“Sochi is a good track for racing though as you can follow other cars there so hopefully, we’ll be able to put on another good show for the fans.”

Albon says the team are continuing to make progress, including during Saturday’s Qualifying sessions, and the gap between them and the benchmark Mercedes AMG Petronas Formula One Team at Mugello showed just how much progress has been made.

“I think it provides some more optimism that things are getting closer,” he added.  “On paper, I think Mugello was quite a nice circuit for us, but I think it definitely shows we’re making steps forward with the car each weekend.

“I think Monza was probably an anomaly and now we’re going back to more downforce circuits we should be more competitive. The goal is always to catch Mercedes as they are the benchmark.”

"It was not an easy day on track" - Max Verstappen

By Nick Golding
1 Mins read
Max Verstappen ended the opening day of the Hungarian Grand Prix in third place behind both Mercedes drivers. Team-mate Sergio Pérez ended the day in fifth as the drivers look to the sky as they prepare for rainfall on Saturday.
Formula 1

"We cannot take anything for granted" - Mercedes' Andrew Shovlin

By Nick Golding
1 Mins read
Mercedes ended the opening day of the Hungarian Grand Prix 1-2, with Valtteri Bottas topping the timesheets with Hamilton only +0.029s behind. With rain ahead however the front row lockout may not last long for the Silver Arrows.
Formula 1

"It felt like being in a Finnish sauna!" - Valtteri Bottas

By Nick Golding
2 Mins read
Valtteri Bottas ended the opening day of the Hungarian Grand Prix on top with team-mate Lewis Hamilton just behind in second in what was a dominant start to the weekend for Mercedes.