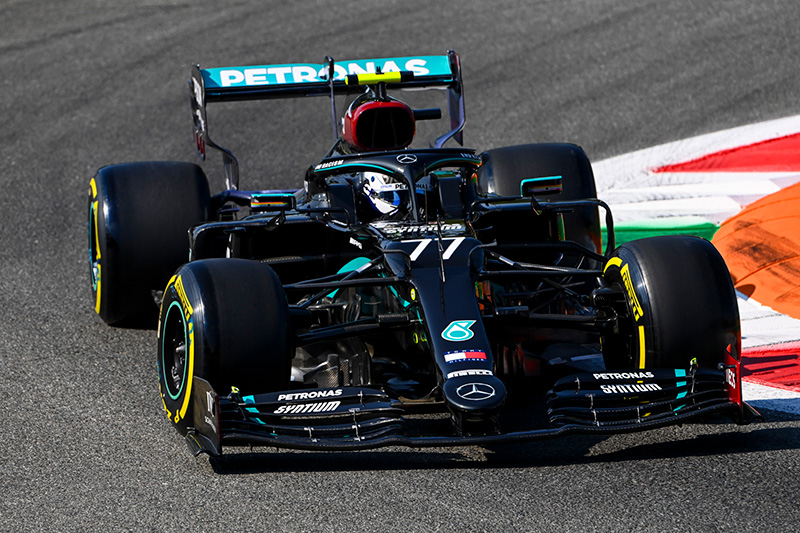 Scuderia AlphaTauri pairing Daniil Kyvat and Pierre Gasly had a strong performance, the duo finished fourth and sixth respectively, one of their best performing practices. Gasly took a spin towards the end of the session coming out of the second chicane.

Max Verstappen could only position himself fifth. The Dutch driver took a spin which red flagged the session. He still drove his car back to the pit, missing a nose.

Finishing off the top ten was Daniel Ricciardo (Renault) in ninth and Carlos Sainz Jr. (McLaren) in tenth.

Esteban Ocon (Renault) and Lance Stroll (Racing Point) will be disappointed in their performances. The young duo tends to run high in the times and get themselves up into the top ten. Today, they could on get their cars in twelfth and thirteenth respectively.

There were more woes for Scuderia Ferrari, who couldn’t place any of their cars in the top ten. Charles Leclerc only placed eleventh where Sebastian Vettel had a horrible practice coming in nineteenth, a second down on his team-mate and sandwiched by the two Williams Racing cars.

Roy Nissany took over George Russell’s Williams car to get a run out in the practice. He managed to do better than Russell’s team-mate Nicholas Latifi. Nissany finished eighteenth and Latifi bottom in twentieth.