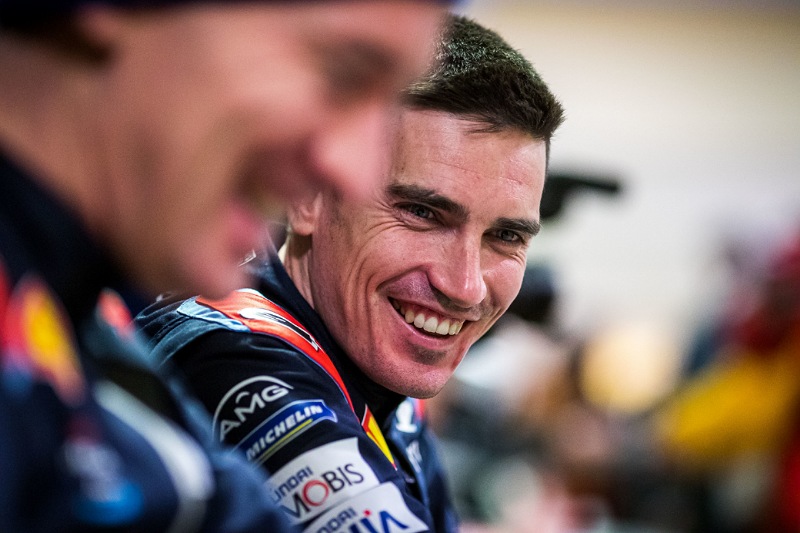 Hyundai Motorsport has announced its driver lineup for the Belgian World Rally Championship round in November, which is currently set to host the 2020 season finale on the Ypres Rally.

In addition to the team’s regular drivers of Ott Tänak and Thierry Neuville, Irishman Craig Breen is set to drive in the third Hyundai i20 on the traditional asphalt rally in Belgium between 19-22 November.

Breen and co-driver Paul Nagle will take part in both the Aarova Oudenaarde Rally in Belgium on 10/11 October and the Southern Belgium Rally on 24/25 October as prepration ahead of defending their crown on the tarmac event.

“I am delighted to get the call up for Ypres Rally Belgium with Hyundai Motorsport. I really enjoyed last year’s event, when I got a victory, myself and Paul, when it was held in the summertime in conditions that I imagine are very different to what we’ll see in November.” Breen said.

“I am looking forward to my first tarmac rally with the team and in the Hyundai i20 Coupe WRC, in addition to the Aarova and South Belgian rallies that we will do in October in Belgium. It will give us valuable seat time and an opportunity to understand the conditions we are likely to face at Ypres. I hope we’ll be able to repeat the sort of performance and result that we had in Estonia, which will be important for the manufacturers’ championship.”

“Craig and Paul showed in Estonia what they can achieve when they have the correct tools to do the job. They both demonstrated their strength in Ypres last year – winning in a rival R5 car – so they bring invaluable experience and knowledge of this event to our team.” Andrea Adamo, Hyundai Motorsport Team Principal, added.

“The championship has closed up as a result of our 1-2 in Estonia, so we have to continue to field our strongest line-up in each of the few final rounds. I believe Craig and Paul are the best crew to join Thierry/Nicolas and Ott/Martin in Ypres to help us finish the year as strongly as we can. They will have important seat time in the two local tarmac events, the Aarova and South Belgian rallies, to add to their experience of the event, the car and our team.”

Kalle Rovanperä crashes out of Ypres Rally on SS2

By Pontus Lindroos
1 Mins read
Kalle Rovanperä has now crashed out from the Ypres Rally after going too fast into a corner and ended up rolling his Toyota, both him and co-driver Jonne Halttunen are OK!