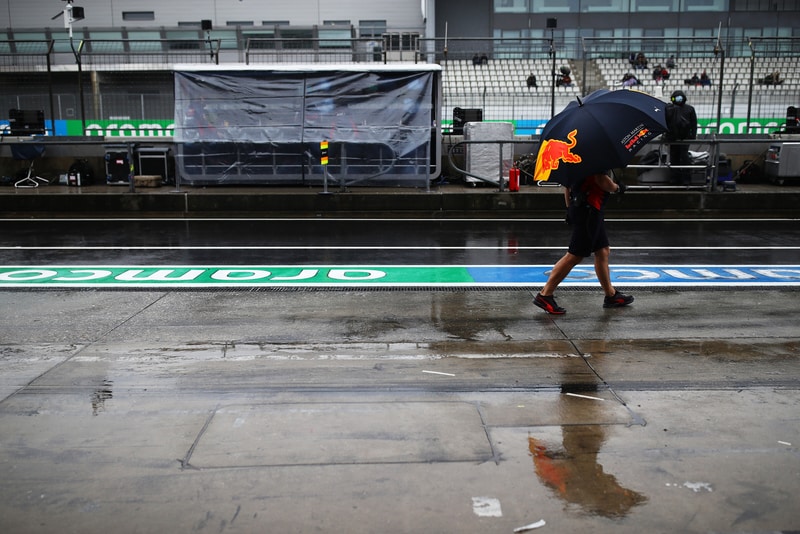 The first free practice session of the 2020 Eifel Grand Prix was cancelled due to bad weather at the Nürburgring circuit located in the Eifel mountains in Germany. At the start of the session, Race Control announced a thirty-minute delay due to the low-hanging fog over the circuit. As the medical helicopter could not take off and the circuit is located in a remote area, the decision to delay the start of the session was made.

The rain early on Friday morning had left the track damp and the air temperatures was as low as 11 degrees C at the start of the session. The conditions were not very conducive to the cars taking to the track. The foggy conditions forced Race Control to postpone the session twice for a duration of thirty-minutes. At 12 PM local time, it was decided to cancel the session.

This region is called the “German Siberia”. Only twice before has the race been held at the Nürburgring circuit this late in the year. When the race was added to the newly rejigged Formula 1 calendar, German driver Sebastian Vettel had at that time said the weather conditions in October could be very challenging with temperatures probably close to zero degrees C.

When the race was last held at this circuit in 2013, Vettel was the winner of the race with the Aston Martin Red Bull Racing team . The race has not been held since the V6 Hydrid-engine era started in 2014. The lack of data of the current version of Formula 1 cars at this track and the cold weather had already added an unpredictable factor to the Grand Prix.

The ten teams will hope that the weather improves enough for them to get some extended running in the second free practice session.