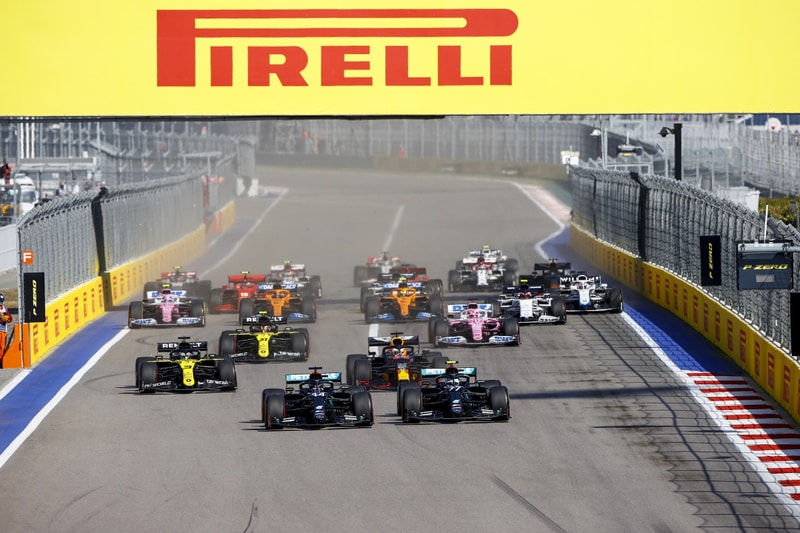 This year has definitely been another Formula 1 ‘silly season’ in terms of drivers moving about. Going into the 2020 FIA Formula 1 World Championship, majority of the grid hadn’t cemented in their drivers for 2021.

As the season has progress, teams have started to lock in their drivers but with nine seats still up to grab, our Formula 1 writers Jasmine Butler and James Thomas assess who they think will be in each seat come the start of next season.

Considering he is currently leading the FIA Formula 2 standings and has maintained strong ties with Scuderia Ferrari for a large amount of time, it seems all too perfect for Mick Schumacher to make the step up to F1 next year into a Ferrari-powered car. He’s taken some time to warm to the fierce competition of F2, but this year he’s certainly proved his doubters wrong. Rumours have been circulating for quite some time now that Schumacher has been in strong talks with Alfa Romeo, and paddock whispers suggested that as long as he kept in the top three in F2, which he is firmly poised to do, he would have a guaranteed seat waiting for him at the team.

Alfa have also reported their interest to re-sign Kimi Räkkönen for another season and seeing as his results haven’t faltered after 20 years, I can’t see why they wouldn’t opt for the Finn. He consistently out-performs Antonio Giovinazzi and I think he’d be a perfect mentor to his great friend Michael’s son in what I expect to be his final year in F1.

Daniil Kyvat has been lacklustre this year and I don’t expect him to be in the sport next year. His achievements this year have been poor compared to those of team-mate Pierre Gasly, who registered his first ever win in Formula 1 at the Italian Grand Prix.

AlphaTauri like to have new, young and upcoming stars in their team so I expect them to look at Formula 2 driver Yuki Tsunoda. Team Principal Franz Tost has announced the Japanese driver will be driving for the team at the end-of-season rookie test at Abu Dhabi so all fingers points to him to be Gasly’s partner, providing he does enough to earn a Superlicence. He currently sits third in the standings with two rounds and four races remaining, with fourth enough for him to earn the points necessary to be eligible for Formula 1.

Alpine, currently Renault DP World F1 Team, are another one of the decisive teams on the grid to confirm their driver line-up relatively early on. After the first domino of Carlos Sainz Jr. announced his departure from McLaren, it was then confirmed that Daniel Ricciardo would fill his shoes in Woking. That left an opening at Renault that was destined to be filled by one man and one man only – Fernando Alonso.

When it was announced back in 2018, his retirement from F1 was met with much scepticism, as the Spaniard hinted that he had still had lots more to give in the sport even after a long and successful career. Naturally, his plentiful talent and past experience brought him back to the outfit that powered him to two consecutive championships in 2005 and 2006, and Renault also confirmed that he would partner current driver Esteban Ocon with the aim of re-joining the title fight in the coming years. As they’re brand to Alpine in 2021, it looks to be a bright and promising future for the Enstone-based team.

Perhaps the most promising team on the grid for the upcoming seasons, Aston Martin made headlines when they announced they would be signing four-time world champion  Sebastian Vettel for next year. After a relatively lacklustre stint with the prancing horse Vettel will be hungrier than ever to taste the winning champagne once more and looking at the huge backing and investment Aston are receiving; it looks like the stars could align for the German yet again.

Current Racing Point driver Lance Stroll is no doubt the definite pairing for Vettel, seeing as the team is owned by none other than his father, Lawrence Stroll. Lawrence Stroll looks to been securing a healthy future for his boy in Formula 1, and so it’s not wrong to assume the team could be title contenders in the near future-especially considering the Mercedes engines they will run with. Aston Martin and their drivers are certainly ones to watch in the next few seasons.

Another team and another definite confirmation for their 2021 driver line-up, with Charles Leclerc and Carlos Sainz Jr. the lucky pair to wear the iconic red overalls next year. Although it looks to be an equally disastrous year for the Italian marque as 2020, no drivers are prouder to be in their positions than those of Ferrari.

Being the youngest two to lead Formula 1’s biggest and most legendary team in fifty years, the pressure is on for Leclerc and Sainz Jr. to rebuild the Maranello outfit in preparation for the all-important regulations change in 2022.

I am torn on whether Haas F1 Team will go with veteran or new talent. Romain Grosjean and Kevin Magnussen have been the two drivers since 2017 but the current line up hasn’t really been a success and the duo struggle to bring home points so I think it’s time for a shake-up. If the team would be looking for more experienced drivers then Sergio Pérez and Nico Hülkenburg would be the obvious two. Pérez has been told he has lost his Racing Point seat to Vettel and Hülkenberg has taken a year out after losing his Renault seat. Both have proven to be an asset to Formula 1 and deserve to have a drive next year.

However, if the team are looking to start fresh and bring in some new faces then they need to look no further than feeder series Formula 2. With standout stars in Callum Ilott and Robert Schwartsman, who are both part of the Ferrari Driver Academy, proving to be very strong, I wouldn’t be surprised if they went down that route.

Mclaren F1 Team have already locked in their 2021 pairing in Lando Norris and Daniel Ricciardo. Norris will be going into the third year with Mclaren, after signing a contract with the team that keeps him with them till 2022.

Ricciardo will be replacing the outgoing Sainz Jr. Ricciardo was rumoured to be joining Scuderia Ferrari earlier in the month, but that seat went to Sainz Jr. and Ricciardo opted for the McLaren seat where he has a contract till the end of the 2022 season also.

Mercedes-AMG Petronas Formula One Team may have not locked in Lewis Hamilton yet, but I doubt it will be anyone but him driving alongside Valtteri Bottas next year. Hamilton is currently on the hunt for his seventh world title and Mercedes will be the best option if he wants to continuing dominating the sport.

Valtteri Bottas signed a contract earlier in the year which keeps him with the team for 2021.

Although Alexander Albon’s 2020 drives have certainly been short of champion-esque, I can’t see Red Bull replacing him anytime soon. They made a laughingstock of themselves after the Pierre Gasly debacle and seeing as both of the second drivers both struggled immensely behind the wheel of the RB15 it highlights that the problem rests more with a poorly optimised car than untalented youngsters.

Besides, Albon has had some performances worthy of the race-winning drive. The Thai achieved a on-merit podium finish in Mugello and was close to doing the same on several occasions. Max Verstappen, on the other hand, is a no-brainer. Talent beyond measure and a desire to remain with the team he’s grown up in suggest he’s not going anywhere-for now at least.

Williams Racing are the fourth team on the list to already have their 2021 duo locked in. George Russell has impressed so far this year. Yes, again, he hasn’t scored any points, but he is pushing that underachieving car to the max. With Bottas’ contract due to run out at the end of 2021, it makes you wonder whether that seat will be Russell’s in 2022. Nicholas Latifi hasn’t really shone this year but he hasn’t been the worse. Williams believe in him for the future and hopefully he can get a few good results.

The only uncertainty lies in the new owners, with the contracts for both Russell and Latifi being signed under the leadership of Sir Frank and Claire Williams. If they choose to change around, it is likely the Canadian who will suffer as Russell is hot property and will not be going anywhere anytime soon.

By Paul Hensby
2 Mins read
2023 Technical regulation changes addressing ‘aerodynamic porpoising’ within Formula 1 and roll hoop deficiencies have been announced by the FIA on Tuesday.
Formula 1

By Paul Hensby
2 Mins read
After months of discussions, the 2026 Formula 1 engine regulations have finally been confirmed.