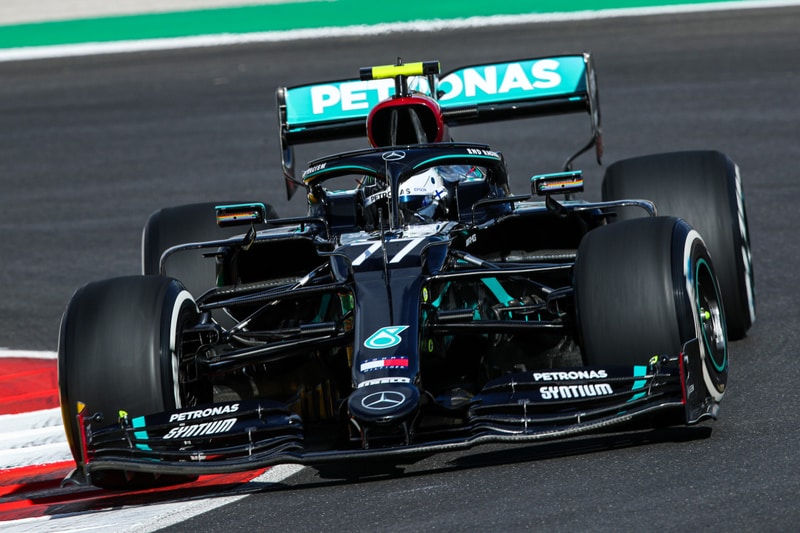 Valtteri Bottas finished off his hat-trick by topping the final free practice session of the Portuguese Grand Prix weekend.

Track limits have been revised after one hundred and twenty-five laps times were deleted over the two practice sessions on Friday. Original at Turn one and Turn four, exceeding track limits was deemed by the entire car going across the white line at the edge of the track. For the Saturday morning session, it was deemed track limits would now be if the car leaves the track and going beyond the red and white kerbs. Track limits at Turn fifteen are still the same.

The session was uneventful compared to the issues from the second session on Friday. Yesterday, we saw Max Verstappen and Lance Stroll crash in an incident the stewards deemed no further action was needed.

Mercedes-AMG Petronas Formula One Team where again proving they are the strongest team of the weekend. They locked out the top two with Bottas in first and Lewis Hamilton in second.

Scuderia AlphaTauri had their work cut out for them going into today’s session. Pierre Gasly’s team broke curfew last night after changing the chassis on the car. He had a failure on Friday where the car caught fire. Whatever the team have done to his car has set him up nicely for the weekend. He finished fourth with team-mate Daniil Kyvat in twelfth.

Charles Leclerc took a spin going into Turn two halfway through the session. He also mentioned towards the end of the session that his radio was picking up frequencies from other teams. Leclerc has been strong all weekend putting his car into sixth with Scuderia Ferrari team-mate of Sebastian Vettel in eleventh. Vettel caused the session to be red flagged with less than a minute left after driving over a drain cover causing it to uproot.

BWT Racing Point Formula One Team drivers Sergio Pérez and Stroll found themselves on opposite end of the grid. Pérez finished in eighth with Stroll in sixteenth.

Daniel Ricciardo complained of issue with his DRS. He was able to get out to do a low fuel lap at the end of the session. However, he was caught out by the red flag and didn’t get his lap in putting him in a weak position going into qualifying. He finished fourteenth with team-mate Esteban Ocon in tenth.

Kimi Räikkönen was the stronger of the Alfa Romeo Racing ORLEN drivers. He finished thirteenth with Antonio Giovinazzi in seventeenth. George Russell continued to prove why he gets his name of ‘Mr Saturday’. He finished in fifteenth with his Williams Racing team-mate Nicholas Latifi nearly half a second behind him in nineteenth.

Haas F1 Team have been the talk of the weekend with both of their drivers announcing they will be leaving the team at the end of the 2020 season. They didn’t have a promising session with Kevin Magnussen finishing in eighteenth and Romain Grosjean rock bottom in twentieth.