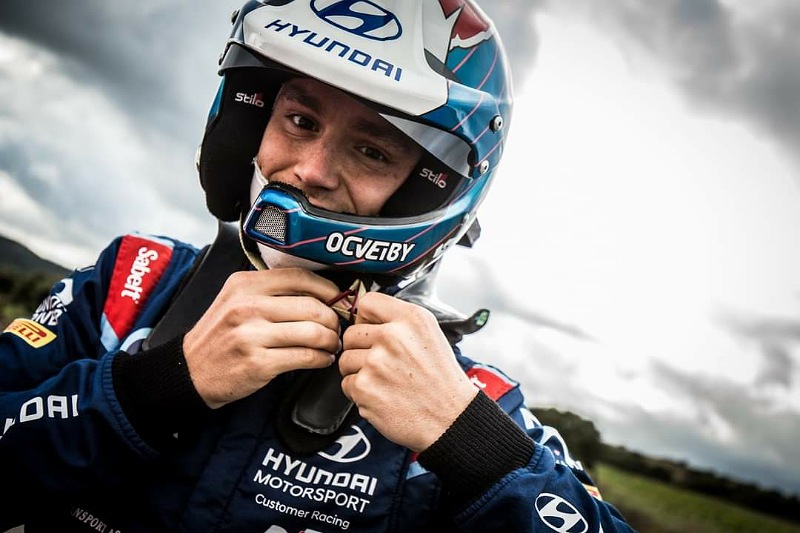 Ole-Christian Veiby and his co-driver Jonas Andersson will enter the final round of the 2020 FIA World Rally Championship aboard a Hyundai i20 Coupe WRC.

The pair will enter under the 2C Compétition banner, although the factory Hyundai Motorsport team will be responsible for running the car in Italy.

“This is a fantastic opportunity for me, competing in a World Rally Car at the top level is what I’ve been working to achieve throughout my career,” Veiby said.

Veiby has spent most of his rallying career driving R5 spec cars and currently sits fourth in the WRC2 championship where in 2020 he has been competing alongside Hyundai teammate Nikolay Gryazin.

The car Veiby will be driving is the same car which Pierre-Louis Loubet used in Estonia, Turkey and Italy after the WRC returned following its break due to the COVID-19 pandemic.

“Monza will be totally new to me, but that’s the same situation for many drivers after its late call-up to the WRC calendar as a Covid-19 replacement,” he added.

“I’m hoping we’ll have a small test in the run-up to the event but my shakedown work with Hyundai’s factory i20 World Rally Cars means I’m reasonably familiar with the inside of the car, even if I have no competitive experience.”

Rally Monza will take place at the beginning of December, with the rally headlined by two of the stages which take place on the Italian circuit.