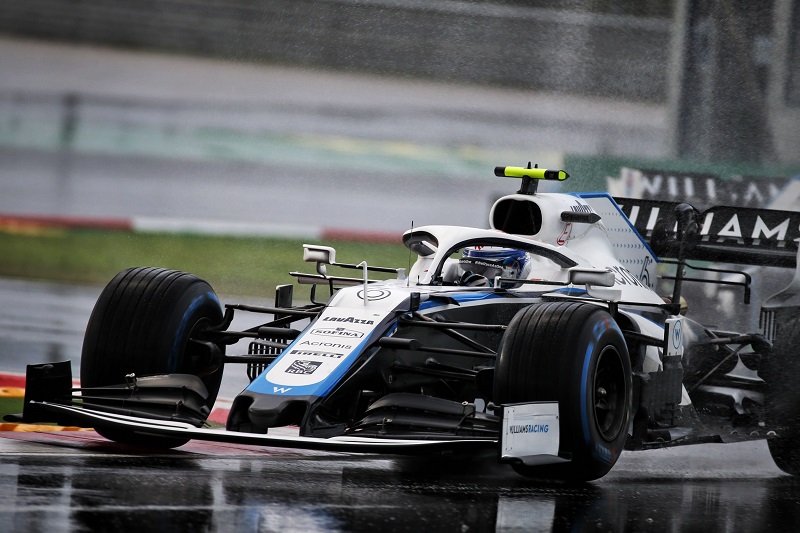 Michael Masi has explained the call to start the second phase of Qualifying for the Turkish Grand Prix whilst Nicholas Latifi’s car was still being recovered by a crane at Intercity Istanbul Park on Saturday.

Latifi had spun his Williams Racing machine into the gravel trap at turn eight towards the end of Q1, and they sent a recovery vehicle to the stranded FW43.  However, before it could be taken behind the barriers, Q2 was started.

Double waved yellow flags were waved to warn the drivers about the hazard ahead, with Masi revealing the call was made to start Q2 as those recovering Latifi’s car informed them they would be safely out of harms way by the time the cars came around.

However, the recovery took longer than expected, and a few cars had passed the scene before the extraction of the car was completed, much to the surprise of some of the drivers.

Masi, the race director of Formula 1, says they will look into changing the procedure in the future to ensure a reoccurrence does not happen, with cars unlikely to be released to the track until the hazard has been cleared.

“We released the cars from pitlane as the recovery vehicle was moving to the escape road,” Masi is quoted as saying by Motorsport.com. “Following information given to Race Control by the Clerk of the Course that the vehicle would be clear of the track before the cars on their out laps reached Turn 8 where the recovery was taking place.

“As soon as it became apparent that the recovery vehicle had been delayed in moving completely into the barrier opening, we extended the area of double-waved yellow flags from Turn 8 to the entry point of Turn 7 to further slow down the cars on their out laps.

“Clearly this is not a scenario we want to see, and with the benefit of hindsight we would have done it differently and held the cars until the recovery was completed.

“We will review our procedures to minimise the likelihood of similar incidents in future.”