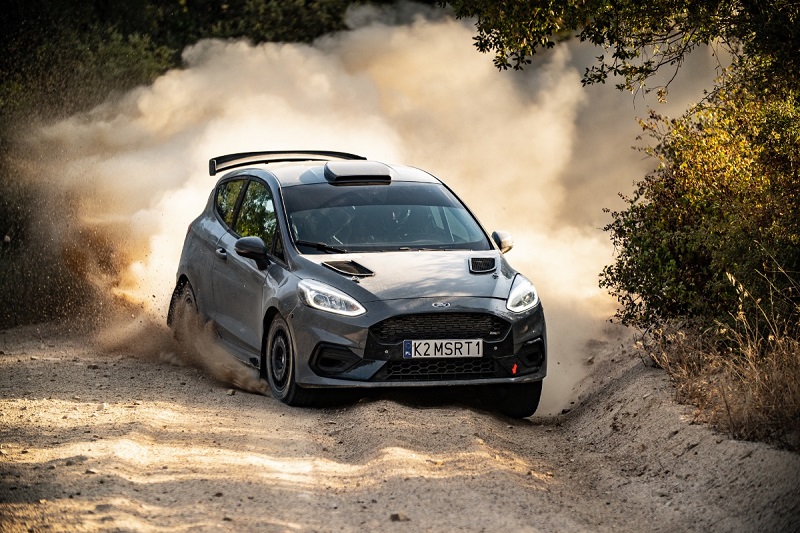 The Polish arm of M-Sport Ford have unveiled the new Ford Fiesta Rally3, with orders for the new four-wheel-drive car set to take place later this month.

The Rally3 spec Fiesta – the first car to be built to the new ‘more afforadble’ four-wheel-drive specifications – has been designed and created at the team’s Polish headquarters in Krakow and now means M-Sport have a car avaliable to customers in each of the five ‘steps’ of the rallying pyramid.

With the car set to be ready for potential buyers in time for the beginning of next season, the car features a 1.5-litre EcoBoost engine providing 215 BHP, as well as four-wheel-drive, a five speed sequential gearbox and is capable of 0-100kmh in five seconds.

The team also hope that orders completed over the winter will be avaialabe as soon as the car is offically homolgated on March 1 next year – just before most championships get underway.

Maciej Woda, M-Sport Poland Director said on the new car: “I am very happy with how things are progressing with the Fiesta Rally3. Every time I see the development car, I feel very proud of the entire team that is working tirelessly and has been throughout 2020 on this truly ground-breaking car.

“In what has been a very difficult year for everybody, the team at Krakow are excelling themselves with the Fiesta Rally3, not letting anything get in the way of design and development. I want to say a huge congratulations and thank you to everybody contributing to this project so far.”

He continued: “The Fiesta Rally3 and the collective effort going into its creation embodies everything that M-Sport exists for: providing every opportunity to the next generation of drivers. The Fiesta Rally3 will by no means be an alternative to any car that is out there currently, it will be a brand-new concept serving what has been a very underserved area of rallying.

“It will be the perfect steppingstone for those graduating from two-wheel to four-wheel drive, allowing drivers to learn and refine the skills needed to handle four-wheel drive machinery which is a massive step for any driver.

“Since early talks about the concept of Rally3, we have all been quite excited about the potential of this category. The cost cap was a key sticking point for us, and I feel €99,999 will be a very good price point for an entry level four-wheel drive car, especially for national and regional rally championships around the world.”

The new car is now set to undertake a large testing program throughout the winter in prepration of the 2021 season next year.

You can watch the team unveil the new car below:

By Daniel Lawrence
2 Mins read
The near future is set for Hyundai Motorsports WRC, as Thierry Neuville and Ott Tänak sign multi-year contracts with the manufacturer.
British Rally Championship