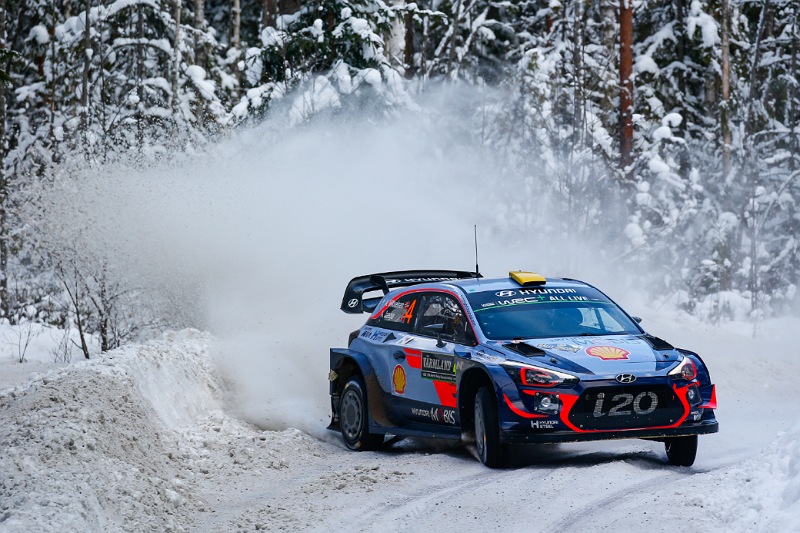 Yesterday (14 December) we reported Rally Sweden may be cancelled due to the rising COVID-19 cases in the country and today an official statement from the Rally Sweden organisers has confirmed the rally will not go ahead.

Sweden was set to host the second round of the 2021 FIA World Rally Championship on 11-14 February in the Värmland region, across the border in Norway and also in the newly added Dalarna region, which had been set to join the itinerary to try and ensure snow would feature on the stages following issues in this season’s event.

But the County Board of Värmland have now agreed to cancel the event stating their was no other alternative and also because of the health risks as a result of the pandemic. If the rally had been able to go ahead, it would of had to have been without fans present.

CEO of Rally Sweden, Glenn Olsson commentated the situation: “Rally Sweden organisers, the FIA and WRC Promoter fully understand that the health of the local population is of primary concern and are committed to a collective duty of care to protect both the Värmland community and the WRC family,”

“During our planning, we have closely monitored what is a constantly evolving Covid-19 situation in the region. While we are naturally extremely disappointed, especially given the exciting new-look itinerary, this is a decision we support.”

The season-opening Rallye Monte Carlo could reportedly also be at risk, but as it stands at the moment the rally will go ahead as currently planned.

By Vince Pettit
6 Mins read
2019 WRC champion Ott Tänak put the drama of the 2020 edition of Rallye Monte-Carlo behind him to set the pace on the opening day of the 2021 season.
FeaturesFIA World Rally ChampionshipWRC2WRC3