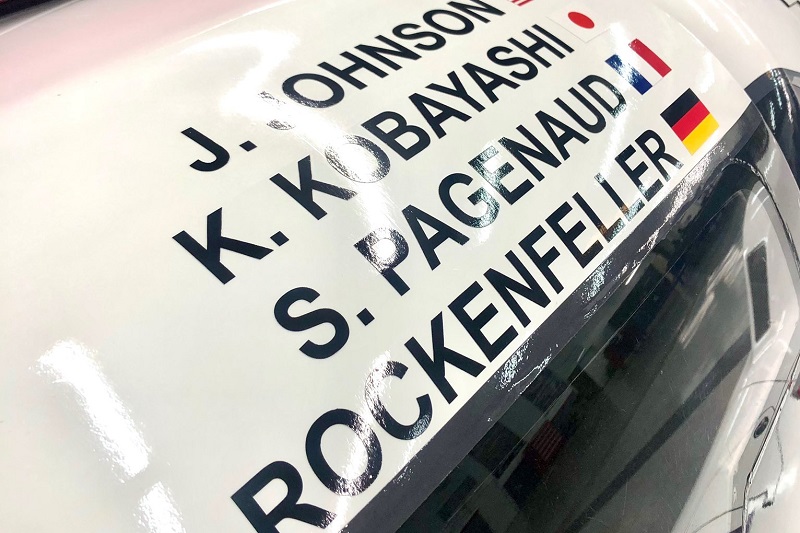 For the 2021 Rolex 24 Hours of Daytona, one of Action Express Racing‘s entries will feature a decorated list of drivers. In addition to their full-time #31 Cadillac, the team will field the #48 Cadillac in the DPi class for Jimmie Johnson, Simon Pagenaud, Kamui Kobayashi, and Mike Rockenfeller. Each of the four have won a variety of championships and major races in disciplines from sports cars to open-wheel and stock cars.

Johnson recently ended his legendary NASCAR Cup Series career that saw him win a record-tying seven championships and eighty-three races. His nineteenth and final full-time season in the series saw him finish eighteenth in points; Hendrick Motorsports team-mate Chase Elliott, who won the championship, is also expected to run the Rolex 24. For 2021, he will transition to the IndyCar Series with Chip Ganassi Racing for the 2021 season. Johnson competed in the Rolex 24 seven times between 2004 and 2011, scoring a best overall finish of second in 2005 and 2008. Ally Financial, which sponsored Johnson’s #48 HMS Chevrolet during his final two seasons and will remain on the car as Alex Bowman takes over in 2021, will also sponsor the AXR #48.

While CGR has reformed their IMSA team for 2021 with Cadillac backing, AXR is a sensible call for Johnson. The team is owned by NASCAR CEO Jim France, and helped the stock car sanctioning body with testing the 2022-bound Next Gen car in August and November. Cadillac is also a General Motors brand like Chevrolet.

“The Rolex 24 At Daytona is one of the marquee races in the world,” Johnson stated. “It’s such a challenging event for both team and driver and requires such a high level of concentration throughout. It’s just such a fun and unique race to compete in. This will be the first time I’ve raced with Action Express and have been very impressed with the team and its preparation.”

While they may be team-mates for the Rolex 24, Johnson and Pagenaud will be adversaries for the 2021 IndyCar season. The 2016 series champion and 2019 Indianapolis 500 winner, Pagenaud finished his 2020 season with a win at Iowa. The Frenchman has also enjoyed success in sports cars with a runner-up finish in the 2011 24 Hours of Le Mans, while his best run in six Rolex 24 starts was a third in 2015. His last three starts in the race have come in an Acura with his IndyCar team Team Penske, but their IMSA side’s future is unknown after Acura ended their partnership following the 2020 season.

Pagenaud said, “I love taking part in this race! It’s exciting to get to start the year in Daytona, as it gets me ready for the season. Teaming up with Jimmie is an honor. He is a NASCAR legend; I’ve always looked up to him.”

While Kobayashi’s Formula One career ended after 2014, he has dominated the sports car world since for Toyota. All but two of his six starts at Le Mans have ended with podium finishes, while he won the 2019–20 FIA World Endurance Championship with podiums in all eight events. He is also perfect in his IMSA/Rolex 24 starts, winning the overall race in both of his tries in 2019 and 2020 with Wayne Taylor Racing.

“I think we have a big chance to win,” Kobayashi commented. “You have to stay on the lead lap and then the last couple of hours be ready to fight for the victory. I am confident with the Cadillac DPi-V.R. It is with a different team this year for me, but the same great car.”

Rockenfeller, a six-time IMSA race winner and 2013 DTM champion, won both the Rolex 24 and 24 Hours of Le Mans in 2010 with AXR and Audi, respectively. The German has thirteen Rolex 24s under his belt, with his last four starts from 2016 to 2019 coming with Corvette in the GTLM class.

“Super excited to be back racing in Daytona in the top category and in the AXR Cadillac DPi-V.R,” said Rockenfeller. “It is the most successful car in IMSA and at Daytona. It is where I wanted to be again after racing in the GT category for a few years.

“I am looking forward to my first laps in the Cadillac. I don’t think it is that far from the LMP1 and the DTM cars I am used to driving. To be with Jimmie, Simon and Kamui is awesome. If you look at all of the titles and championships they have won, it is very cool. It is great to be a part of such a strong team of drivers.”

The 2021 Rolex 24 will be held on 28 January, with a qualifying race taking place earlier in the week during the Roar Before the 24. Felipe Nasr, Mike Conway, and Pipo Derani will drive the AXR #31; Nasr had also tested the Next Gen car in August.