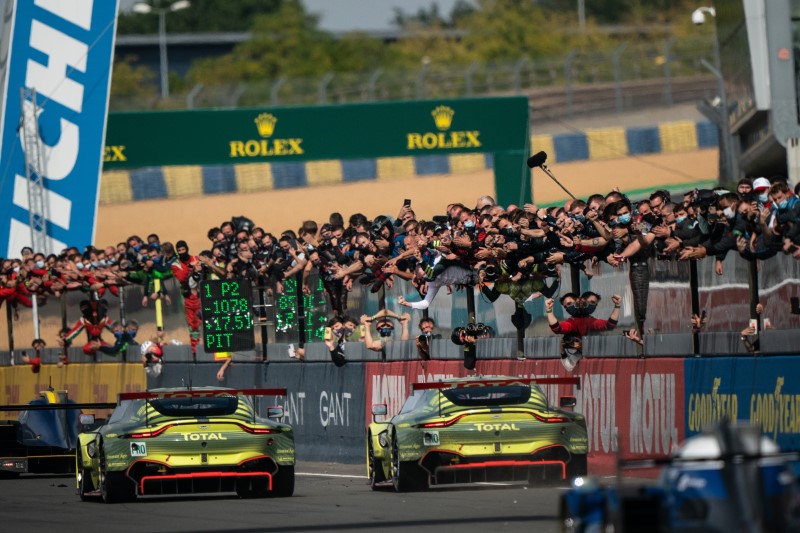 It has been announced that Aston Martin will withdraw their works team from the GTE Pro class of the FIA World Endurance Championship, no longer competing in 2021, as their attentions focus on customer racing.

The British marque has been a staple competitor in WEC for nine years, since the inception of the championship, with the manufacturer recording 47 class victories, 103 podiums, nine class championships and four 24 Hours of Le Mans class victories. Rounding off 2020, Aston Martin walked away from WEC with the Drivers’ and Manufacturers’ GT Championships as well as a class victory at Le Mans, taking the triple in their final year of racing in the series.

The move away from a factory-backed GT team comes as a result of the brand’s new focus on Formula One.

However, Aston Martin hope that the Vantage and Aston Martin name still have a chance to fight for GT victories in WEC, Le Mans and other categories through customer racing and partnership programs. A new and revised agreement with Prodrive has recently been finalised with the Banbury-based organisation continuing to provide exclusive manufacturing and distribution of the current generation of front-engine GT race cars from Aston Martin Racing. Aston Martin also hopes for more customer teams to take up the option of running the V8 Vantage to continue to build on its already successful racing career.

The GTE Am Aston Martin Racing team, owned by Paul Dalla Lana, is still expected to race in WEC next season, but the works GTE Pro cars of Alex Lynn, Maxime Martin, Nicki Thiim and Marco Sorensen will not be on the track in 2021. This leaves just two manufactures – Ferrari and Porsche – to fight in the top GT class.

“This year has been one of unprecedented success for Vantage in international motorsport.” David King, President of Aston Martin Racing, said. “At all levels, from GTE, through GT3 to the entry level GT4, we have experienced significant championship success, winning 26 titles across the spectrum of world, international and domestic series. But there is more to achieve, and there is more to come from Vantage, which is why we have concluded that now is the time for us to shift the weight of factory support to our partners as we go in pursuit of success in the most important events in GT racing.”

Chief Executive Officer of Aston Martin Lagonda, Tobias Moers, added: “Vantage proved it has world champion pedigree in 2020, and in its GTE variant is a 24-hour race winner. Now with the Vantage GT3 we wish to give our partners and customers the best opportunity possible to fight for victory against our closest rivals in the toughest endurance challenges GT racing has to offer.”