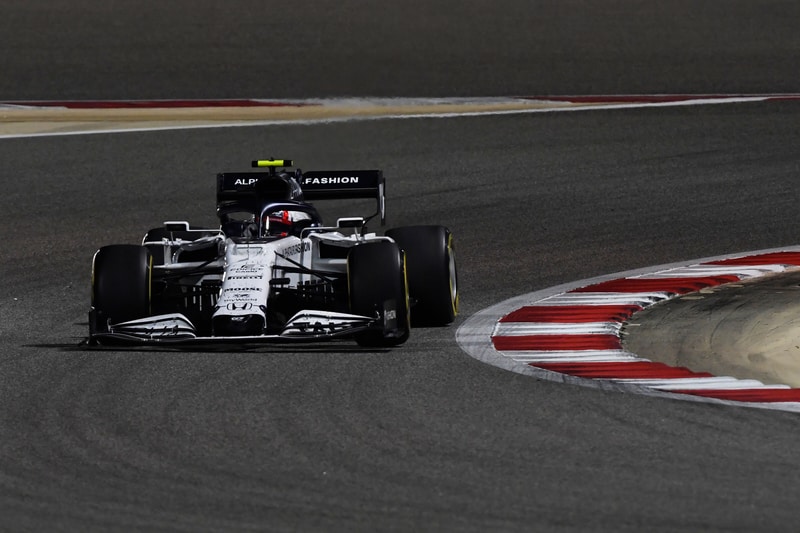 Scuderia AlphaTauri Chief Engineer Claudio Balestri praised Daniil Kvyat and Pierre Gasly for the performances they put on during the Sakhir Grand Prix, despite not getting the positions they wanted.

At one point in the race Kvyat was up to fifth and Gasly was in seventh, hoping to charge through the field. Unfortunately a safety car was came out towards the end of the race and it ruined AlphaTauri’s plans. Kvyat found himself falling down the order and crossed the line in seventh with Gasly out of the points in eleventh.

Balestri said: “Today’s race was a good example of how tight the midfield battle is. After the first safety car, we were fifth with Daniil and seventh with Pierre, the pace was good on the first stint on the Option, then we fitted Prime tyres on both cars and the pace was still competitive. Monitoring the performance of the Hard compound on other competitors’ cars, we decided to also fit the Hard tyre for the last stint.

“The deployment of the virtual safety car and the safety car helped cars running on a one-stop strategy, which wasn’t an option for us. Today we have shown good pace, especially with Daniil. He did a solid race finishing P7. On the other side of the garage, Pierre was unfortunately just outside of the points finishing P11. Now we need to switch our thoughts on the preparation for the last race of this unprecedented season in Abu Dhabi.”

Team Principal Franz Tost believes the race was a tale of two stories. He described as Kvyat having one of this best drives with the team and Gasly having one of the worst.

“Both cars had a good start and we finished the first lap with Daniil in fifth and Pierre in seventh. The first stint on the Option went as expected, we decided to pit both drivers on lap 26 and change to the Prime tyre. The drivers reported some understeer but nevertheless, the pace was reasonably good.

“We then stopped them again to move onto the Base tyre. We were a bit unlucky here, especially with Daniil, pitting just before the virtual safety car, and as a consequence, we lost a position to Ricciardo. Daniil’s pace was good at this point, but Pierre on the other side wasn’t happy with the car, so we will need to investigate the reason for this. Unfortunately, he was only able to finish eleventh,” said Tost.

“Daniil drove a fantastic race, one of his best races with us, fighting for seventh position. He wasn’t able to catch Albon, but he could keep Bottas behind. I think his seventh position is something the team deserved, we had the speed to be within the top seven, maybe even fifth or sixth with a bit more luck.

As for the strategy, it was a disadvantage for us to start with the Option tyre because the cars in front were on the Primes, giving them the choice of a one-stop strategy. However, this was, in general, a good weekend for us and we’re looking forward to the final race in Abu Dhabi, where we hope to bring home some more points.”