Wolff on Mercedes disaster Sakhir GP: “We messed up in a major way” 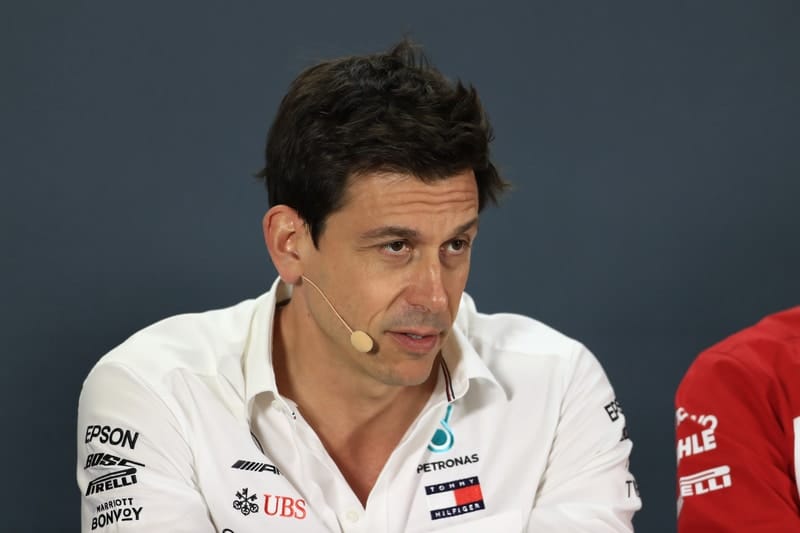 After perhaps their biggest embarrassment since the 2019 German Grand Prix, Toto Wolff believes the penultimate race of 2020 in Sakhir was a ‘complete disaster’ for Mercedes-AMG Petronas F1 Team.

The age-old outfit experienced a horrendous eighty-seven laps in Bahrain following power issues, pit stop issues and late-stage punctures that robbed stand-in George Russell of a maiden grand prix victory in Formula 1. The Brit was excelling- lapping the field and thrashing his team-mate Valtteri Bottas when a cacophony of blunders caused him to ultimately drop to ninth.

“Firstly, I want to say congratulations to Racing Point and Sergio on the victory, and Lance and Esteban for their podiums. It’s great to see a refreshing new podium and they did a brilliant job.”

“Overall, we messed up in a major way today. Obviously, it was looking good for us until the Safety Car running in a strong one-two, we were fine on the Hard tyre and could have stayed out, but we had the gap for a free stop and we took that opportunity. I think it was absolutely the right call, but it was a late one and we had a radio problem, which meant we didn’t have the right tyres in the box. Which is why George exited with the wrong tyres and Valtteri left the pits on the same tyres he’d arrived with. Then we had to pit George again to correct the mistake. By then, the race was not lost and he battled back in an impressive way; but then he had the slow puncture and that dropped him back. These things can happen but obviously we need to investigate the problems, learn from them and move forward. It was heart-breaking for George after a monumental drive in his first race with Mercedes and he should have won.

“It didn’t work out today, but I’m sure this isn’t going to be his last attempt to win a race. For Valtteri, too, it was a difficult race and being on those old tyres at the end was hugely challenging. We’ll make sure we learn from this weekend and come back stronger in Abu Dhabi.”

Another one of the key men involved in determining George’s fate was race engineer Andrew Shovlin. The long-time Mercedes track engineer divulged exactly what went on at the circuit that prompted the team to call George in- all the while expressing his pity for the driver in question.

“A frustrating result when we were looking very strong for a 1-2 finish and a win for George. The pitstop issues were linked to the way our radio system handles the priorities of messages which caught us out in a big way. As the safety car came out, we were calling for the crew to be ready, and for the tyres for each car to come into the pitlane. At the time that message was going out, another radio message for a very brief period prevented one of the key messages getting through to one set of tyre collectors. It’s something that’s been lurking in there and could have caught us out at any time over the past few seasons.“

“The ensuing problems were all a function of this single issue and certainly not the fault of anyone in our pit-crew who have done a great job all year. That obviously caused huge damage to both driver’s chances, both losing positions and Valtteri not even getting the fresh rubber we’d planned to fit.“

Shovlin hailed the valiant efforts George displayed during the final few laps even throughout all the chaos, and displayed his admiration for the Briton’s carry-on attitude which won him three meaningful points.

“George did a great job fighting back through the field, but it was clear his bad luck wasn’t over when we spotted a slow puncture caused by debris in the final laps. We had no choice but to stop; however, he was determined to not give up and did a great job recovering into a points-scoring position and claiming fastest lap.”

By Ashley Cline
1 Mins read
With the Spanish Grand Prix ahead, Aston Martin’s Sebastian Vettel and Lance Stroll look forward to seeing how the field has progressed since testing, as the 2022 cars return to Circuit de Barcelona-Catalunya.
Formula 1

By Nick Golding
2 Mins read
Toto Wolff is full of fire ahead of the Spanish Grand Prix and believes the best of the W13 is still yet to be seen.