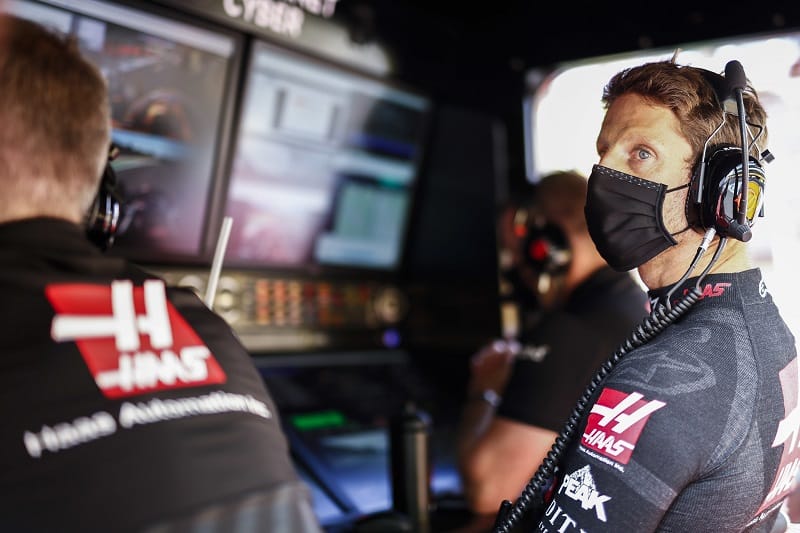 After first appearing in Formula 1 with Renault all the way back in 2009, Romain Grosjean left the paddock entirely following his departure from the Haas F1 team to make way for its all-new driver lineup in Mick Schumacher and Nikita Mazepin. This is a similar fate to that of his former team-mate Kevin Magnussen, who has dropped out of F1 entirely to pursue a career in sports car racing.

His departure followed his horrific accident during the Bahrain Grand Prix, where he was lucky to only escape with hand injuries and burns, that ruled him out for the final two races of the season, where he was replaced by Pietro Fittipaldi, the grandson of F1 legend Emerson Fittipaldi.

Whilst he’s been a key figure and personality in the sport and has had somewhat of a positive increase in his public image following what he faced in that accident in Bahrain, the French-Swiss driver has told ouest-france.fr that he has very little interest in returning. When he was asked about whether he regrets not being able to take part in the final two races of the 2020 season, Grosjean responded by saying: “No. No regrets at all… the final decision not to go to Abu Dhabi was mine.

“Just before I went to see the doctor, to see if I could race, I realised I couldn’t race. I had made my decision, he only confirmed what I felt. Once you make your own decision, you digest it more easily.”

When it came to whether he would ever consider racing in F1 again, he responded with: “from a driver’s point of view, I think it’s over… I don’t want to come back just to come back. It doesn’t interest me.

“And then, when you look at the grid, the good seats are all taken. There’s little interest in coming back.”

He has said however that he will continue to have a role with the Grand Prix Drivers’ Association.

“I will continue to take part in the meetings. It’s something that’s really close to my heart.“

Whilst he has absolutely no plans to return to Formula 1, Grosjean does very much intend to continue on in racing, and has found a new home for 2021 in the NTT IndyCar Series with Dale Coyne Racing.

He currently has no ambitions to move into other aspects of racing such as punditry or driver management, although he did quip that “only fools don’t change their minds!”