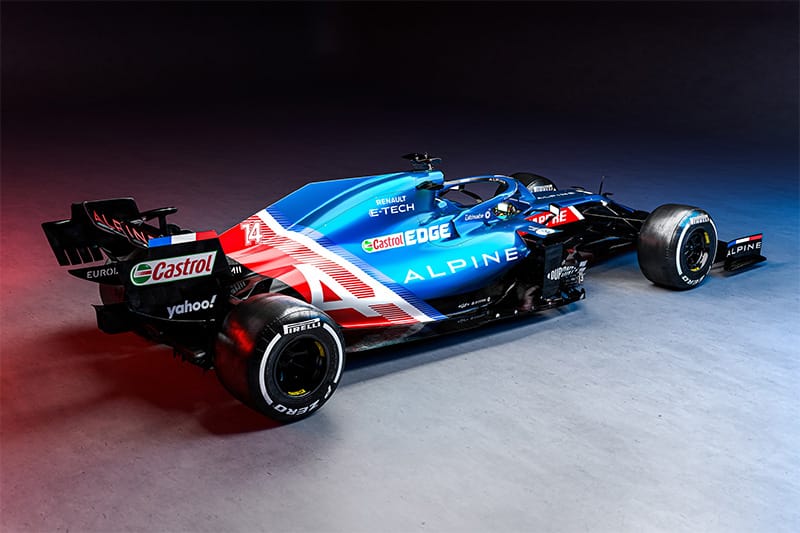 On the 2 February the newly rebranded Alpine Formula 1 Team revealed the A521 in the typical Alpine blue colour. With the team having widescale changes in almost every area, it is very exciting to see how this new name to the Formula 1 Grid will fare in 2021 and the season’s beyond.

Although we have only seen the A521 out on track once at Silverstone for a filming day, even then we don’t know the speed of the car, the CEO of Alpine Laurent Rossi is extremely confident in the team, setting his sights on the top step of the ‘pinnacle of motorsport.’

“This year our objective is clear, to continue the momentum that was garnered last year and fight for podiums. Our long-term vision is to see the Alpine name on the top step of the podium in Formula 1.”

Alpine have, for a long time, been competing in many other categories in motorsport, perhaps most notably in their rally exports, Rossi wants the Alpine colours to see success in the ‘pinnacle of motorsport’ like they have done so in the many other disciplines that the French brand has competed in.

“Motorsports is in our DNA and now is the time for Alpine colours to race and compete in the pinnacle of motorsport racing in Formula 1.”

Rossi acknowledges that it is only natural that a brand like Alpine should be in Formula 1, and with the team having two drivers of the quality of two-time drivers champion Fernando Alonso, and Esteban Ocon – who had a strong ending to last season which included a podium at a chaotic Sakhir Grand Prix.

“Alpine naturally finds its place in the high standards, prestige and performance of Formula 1 and we’re eagerly anticipating the debut of the A521 piloted by our drivers, two-time Formula 1 World Drivers’ Champion Fernando Alonso and Esteban Ocon”

Fans of Alpine will no doubt be delighted by this declaration of high ambition from the man who replaces Cyril Abiteboul and will be counting down the days to when they can see how the performance of Alpine stacks up against the team’s competitors, in the shortened pre-season test at the Bahrain International Circuit which commences on the 12 March.