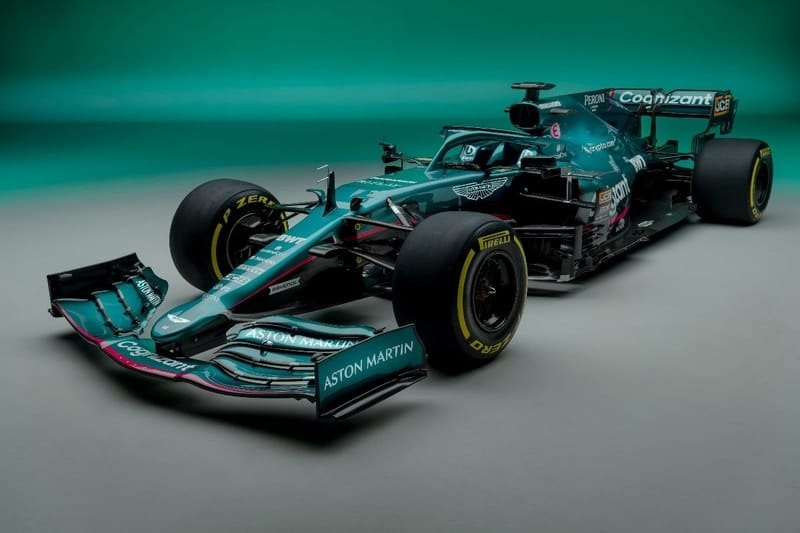 Aston Martin returns to the Formula 1 grid for the first time in sixty years as Aston Martin Cognizant Formula One Team. Aston Martin, previously known as Racing Point, launched their new car with an abundance of stars during a virtual event. Presented by Hollywood star Gemma Arterton, the event was showcased in true James Bond style and fans even got to see 007 himself, Daniel Craig.

Staying true to Aston Martin colours, the new AMR21 brings back the traditional green livery. The BWT pink still stays a part of the team but instead of the full car being the colour, small splashes of the car is used on the nose, sides and spoiler.

Executive Chairman Lawrence Stroll is looking forward to the new generation of F1, citing it has always been a dream of his being a shareholder within the elite British car company.

Stroll said: “I have dreamed about this day for a very long time. I have always been a car guy, since I was a child. I have always loved racing, too.

“My first dream was to own a Formula 1 team. My second dream was to acquire a significant shareholding in Aston Martin Lagonda.

“Today is about the merging of those two dreams. So, as I say, today is all about dreams, and it shows that dreams really can come true, in the shape of our new AMR21.

“This is just the beginning. The team is pushing forward, and our ambitions are limitless. We now have the pieces in place, the people and the partners, to make real progress.“

Alongside the rebrand, Aston Martin have brought in a veteran of F1 to race alongside Lance Stroll. Four-time World Champion Sebastian Vettel will join forces with the Canadian for the 2021 season, replacing the outgoing Sergio Pérez.