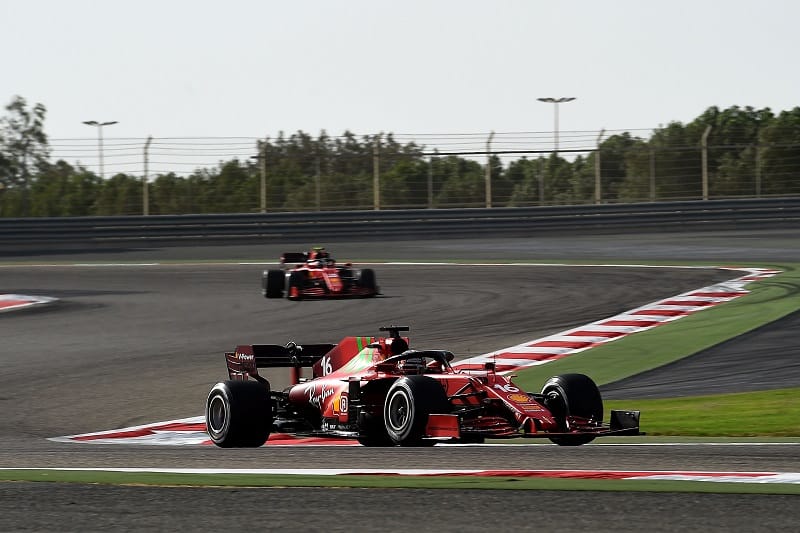 Laurent Mekies, the Racing Director at Scuderia Ferrari, was pleased to see both Charles Leclerc and Carlos Sainz Jr. make it through into the top ten shootout for the Bahrain Grand Prix on Saturday, something that had been difficult to achieve in 2020.

Leclerc put in a stunning lap at the end of Q3 to place fourth on the grid, while Sainz ended eighth having been quickest of all in Q2.  It was the first time since racing at Silverstone last year that both Ferrari cars had made it into the top ten.

Mekies says there has been obvious progress made with the SF21 compared to last years car, but it is still early days, and they will not be sure to where they’ll be when the season settles down.

“A good qualifying session, with both drivers getting through to the final part: something we have not seen since Silverstone last year,” said Mekies.  “Charles, Carlos and the whole team have tackled the start of the season working methodically and with determination, going into the smallest detail to get all the potential out of the package.

“Today, we saw the first fruits of this work and we hope to see more tomorrow, when the points are given out. We know there’s still a lot of work to be done, but we cannot deny that the first real comparison with our opponents proves that our efforts seem to be going in the right direction, although a clearer picture of the hierarchy will only emerge after three or four races.”

Mekies says it is now important to convert their double top-ten start into a good haul of points on Sunday at the Bahrain International Circuit.

“Now we have to focus on preparing for what will be a long and difficult race, run in conditions that could be very different to those we have seen so far this weekend,” said Mekies.