Gasly fired up after ‘best ever pre-season test’ 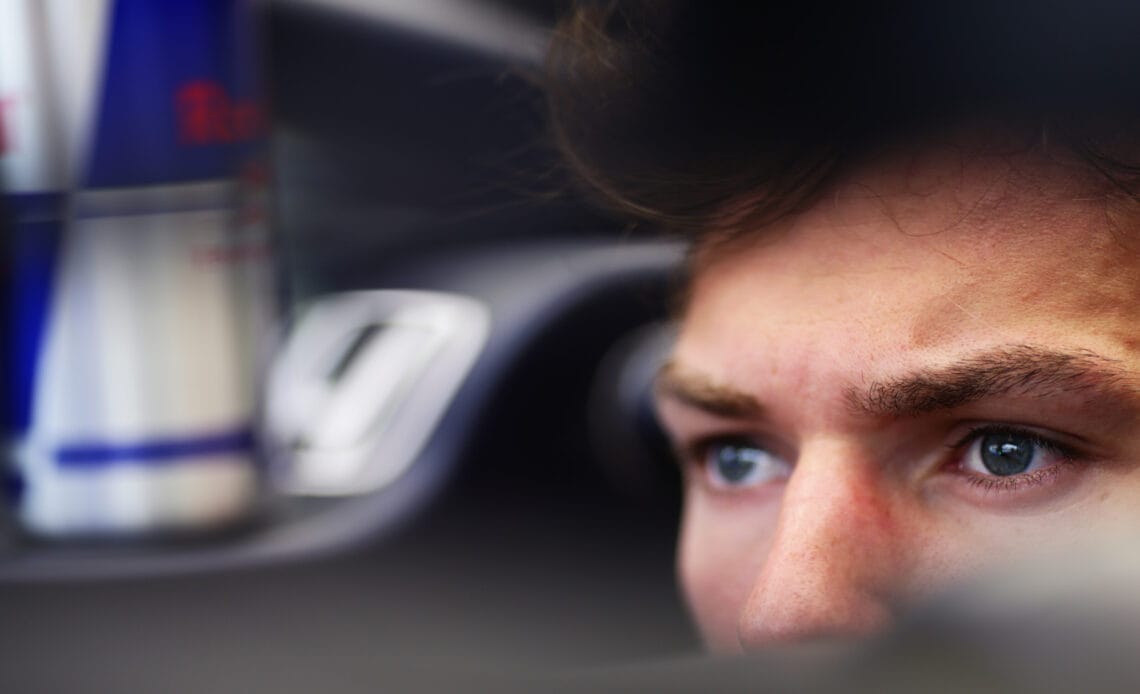 BAHRAIN, BAHRAIN - MARCH 12: Pierre Gasly of France and Scuderia AlphaTauri prepares to drive in the garage during Day One of F1 Testing at Bahrain International Circuit on March 12, 2021 in Bahrain, Bahrain. (Photo by Peter Fox/Getty Images) // Getty Images / Red Bull Content Pool // SI202103120411 // Usage for editorial use only //

Pierre Gasly believes 2021 FIA Formula One World Championship pre-season testing in Bahrain was one of the best since joining Scuderia AlphaTauri Honda in 2017 after going second fastest overall and suffered no mechanical issues.

The Frenchman will embark on his fourth year in the sport, making his first appearance in the 2017 Malaysian Grand Prix. Every year since then, he has developed into a quality driver, eventually winning his maiden Grand Prix in 2020 in that spectacular Italian Grand Prix.

Gasly went onto finish tenth in the World Championship, scoring seventy-five points which were twenty points less than the previous season, but that was spent half a campaign in the Red Bull Racing seat.

His progress has been sublime, despite being demoted from the Red Bull seat after six months in 2019, and every season looks to keep getting better and better. Now, with his new team-mate Yuki Tsunoda, Gasly is looking forward to getting stuck into the 2021 F1 season and has called F1’s level of performance ‘impressive’.

“I can’t wait to go racing! It’s the first time we start the season at the same track where we had three days of testing just a short time ago, which is like having extra free practice sessions. It means we have a good idea of what we need for this Sakhir track.” Gasly said.

“The aim of the test was to understand our new car, particularly the new aero package in order to get the most out of it during the season. I’d say we had the best ever pre-season test since I joined this team: we did more laps than any other team and it was really productive.

“Actually, looking at all the teams, the level of performance and reliability achieved in Formula 1 is really impressive, if you compare it to winter testing from just a few years ago, when it was normal for everyone to have quite a few problems. There has been a lot of technological progress.”

AlphaTauri enjoyed an impressive and plain-sailing pre-season testing at the Bahrain International Circuit, suffering no reliability issues and went second fastest overall when Tsundoa set a time of 1:29.053, one-hundredths of a second behind Max Verstappen.

While the Italian-based team showed signs of progression in speed, they also completed 422 laps – joint-highest with Alfa Romeo Racing ORLEN, with Gasly doing more than any driver (237).

Gasly was encouraged not to see any mechanical difficulties across the three days in Bahrain and dives into a little more detail about the new technical regulations the team faced in the AT02.

“We had no technical or mechanical worries, which is very encouraging. Those first laps gave me a good feeling with the car and there are a lot of positives to take away from the test. In the time since then, everyone in the team has worked very hard to prepare for the first race and I hope that pays off this weekend.”

“When it comes to the effect of the new technical regulations, I’d say what we saw is that we have a little bit less grip everywhere. You don’t feel a difference in terms of how the car handles and behaves and I’d say it’s fairly similar to what we experienced last year – a bit worse in some places, a bit better in others. The overall balance is similar, it’s just there’s less grip so you are slower through the corners. But it’s not a big difference. Apart from that, the first time we tested the car it gave us a baseline that worked straight away.

We were able to work on fine tuning in some corners and now it’s down to the engineers working mainly in the wind tunnel to push to try and find more downforce through the year. But we have a really good base from which to start the year and the car also reacts well to any changes we make to it, which is a good sign.

“During the test, we didn’t push flat out very often, so it’s hard to get an accurate picture of the improvement on the PU side, but I know what Honda has done and it was encouraging that we had zero bother on the PU over the three days, even though we did a huge number of laps. We’ll get a better idea when we push harder at the first race.”

“From a team point of view, it’s important to have two drivers who can deliver and Yuki did a good job at the test, doing a lot of laps, which is a good sign. He made no mistakes and did everything that was asked of him. Both of us are ready to attack the season.”