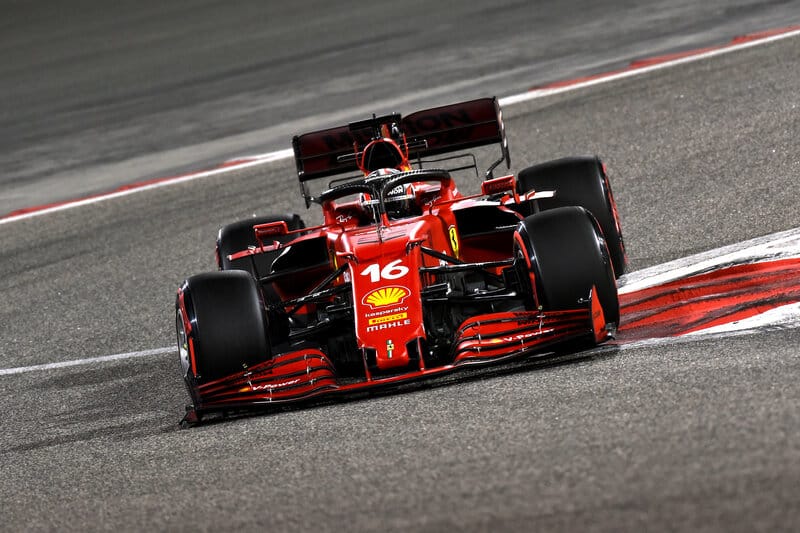 Scuderia Ferrari Mission Winnow suffered one of their worst seasons during the 2020 FIA Formula 1 Championship, finishing sixth in the constructor standings – their worst position since 1980. However, the Italian team enter 2021 with a brand-new pairing, with the aim of significant improvement on results.

A season to forget for Ferrari

Sixth in the world championship, 131 points scored. 2020 was Ferrari’s worst season in 40 years, and any signs of improvement immediately are not looking promising. Last year started with the Italian team and the FIA agreeing on a mysterious engine ‘settlement’ after raised suspicions over the legality of the 2019 engine, which saw significant power advantage over the rest of the grid.

Throughout the 2020 season saw Ferrari struggled for pace and balance on the car. It started off promising with Charles Leclerc scoring a podium at the Austrian Grand Prix but went downhill from there. Leclerc had a number of mixed performances which took him to eighth in the championship, five places ahead of his team-mate Sebastian Vettel. The German suffered significantly with Ferrari’s downgrade, finishing thirteenth in his final season at the Italian team, ending a five-year tenure.

Carlos Sainz Jr. is a new addition to Ferrari for the 2021 season, replacing Vettel after Ferrari opted not to extend his contract beyond the 2020 season. His final season at McLaren F1 Team showed why Ferrari took a punt on the Spaniard, producing some promising performances, most notably, at the Italian Grand Prix where he took second place on the podium, just seconds behind race-winner Pierre Gasly.

After a strong year by McLaren, finishing third in the constructor standings, many wondered whether the decision was the right move for Sainz, especially with them now moving to Mercedes-powered engines for the 2021 season.

The Spaniard will be wanting to pick up where he left off last season after taking sixth in the championship, beating both Ferrari drivers and Red Bull Racing’s Alex Albon. However, to achieve similar results in the SF21, Sainz will really need to push the car to its limits, with extensive focus on the new regulations in 2022.

Leclerc embarked on his second season at Ferrari in 2020, which was a complete contrast to his opening year at the team, going from challenging for a championship and winning races to struggling to get out Q2 in qualifying sessions. The young driver struggled on so many occasions to get to grips with the SF20 but still managed to pull off some outstanding results, including the Austrian Grand Prix and British Grand Prix.

Leclerc showed in his opening season that he deserves to be fighting among the very best, but it looks like it could be another season till we see Ferrari challenging the Mercedes and Red Bull again. However, the Italian team did show a slight increase of speed in pre-season testing compared to their 2020 car, accumlating the third-fastest time throughout the weekend. Leclerc completed fourth most laps with 212, setting his fastest time of 1:30.486 which was thirteenth quickest over the three days.

While another season in the midfield battle beckons for Ferrari and Leclerc, it could a good time for the young driver to rebuild his confidence and add even further experience to his F1 career, to make sure he’s fully developed for when Ferrari hopefully return to the front of the grid in 2022.

There’s unlikely to be any significant improvement by Ferrari in 2021, despite going third-fastest in pre-season testing with a time of 1:29.611 on the C5 compound. Mattia Binotto, Ferrari’s team principal, has confirmed that SF21 is faster than 2020’s car, but it doesn’t seem enough to regain their spot as the third-fastest team on the grid. 2021 will ultimately be another write off for the Italian team, with concentrations on 2022 with the new regulations.

The arrival of Sainz will not only bring more consistent results for the team but hopefully push Leclerc to the next level. It’s unlikely we will see Leclerc challenging among the best once again, with anticipation of another season in the midfield battle. The new partnership will hopefully develop into a good partnership on and off the track in preparation for the 2022 season.

Lewis Hamilton: “The closing distances to other cars was definitely getting dangerous”

By Paul Hensby
2 Mins read
Lewis Hamilton was fastest in both Friday practice sessions in Saudi Arabia, but he was less than happy with the way the traffic was backing up in the final sector as drivers prepared to start their quick laps.
Formula 1