“We’ve caught up with the losses from the first day.” – Mick Schumacher on F1 testing 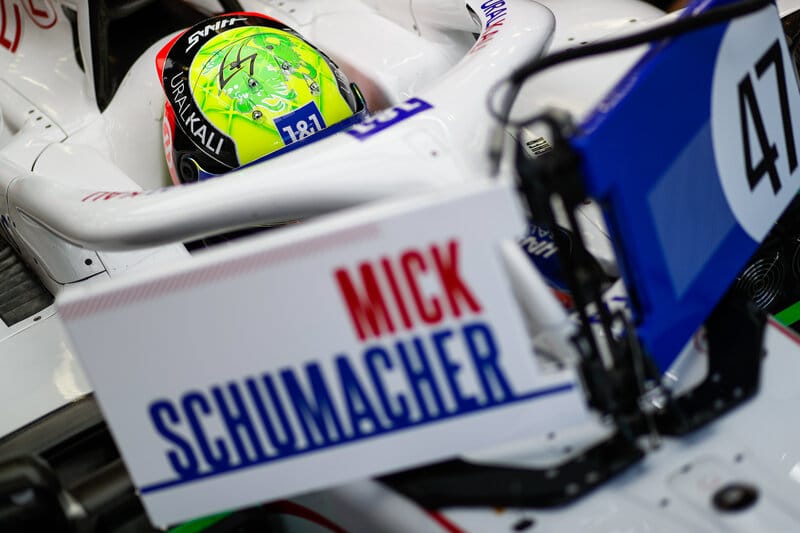 The final day of pre-season testing saw both drivers for the Uralkali Haas F1 Team split driving duties, Mick Schumacher added to his 88 laps on Saturday with another 78 laps on Sunday. The young German was able to get some more experience of managing tyres under a high fuel load ending the session 15th on the timesheets with a best lap of 1:32.053.

Schumacher was disappointed that the end of testing had already come, but recognizes that he will get plenty of more time to drive the car in what will be a record breaking 23-Race Calendar.

“Obviously, it was a bit sad that this was the last day of testing before driving here on the grand prix weekend. Nevertheless, we have 23 races coming up this season, which is great. Again, it was a good productive day for me with a lot of laps – that’s always good.”

After having lost running time due to various issues on the first day, in spite of this Schumacher and the team are happy with how the test has gone. It was a shame to lose the opportunity to get more running time but Schumacher feels that they have managed to recover lost time and the team even managed to get some much needed pit-stop practice ahead of the fastly approaching Bahrain Grand Prix.

“We’ve caught up with the losses from the first day. In general, I’d say we’re happy with how the test has gone. Day one was obviously a bit of shame as we lost opportunities for running but we’ve caught up and we got some pit stops in yesterday too.”

Schumacher has been able to experience both driving in the day and night, in the morning and evening testing sessions and after all this hopes that the time between now and the start of the season passes quickly!

“I’ve been able to experience day and night driving here, which was amazing. I’m very impatient to get going with the season now and I’m very much looking forward to it. It can’t come soon enough. I feel prepared and I’m very ready.”

Fans of Schumacher and Haas do not have to wait long before they see the German back in action, with the season-opening Bahrain Grand Prix being held at the same venue and commencing at the end of the month.