Williams’ Dave Robson: “The last couple of weeks in Bahrain have been intense and busy” 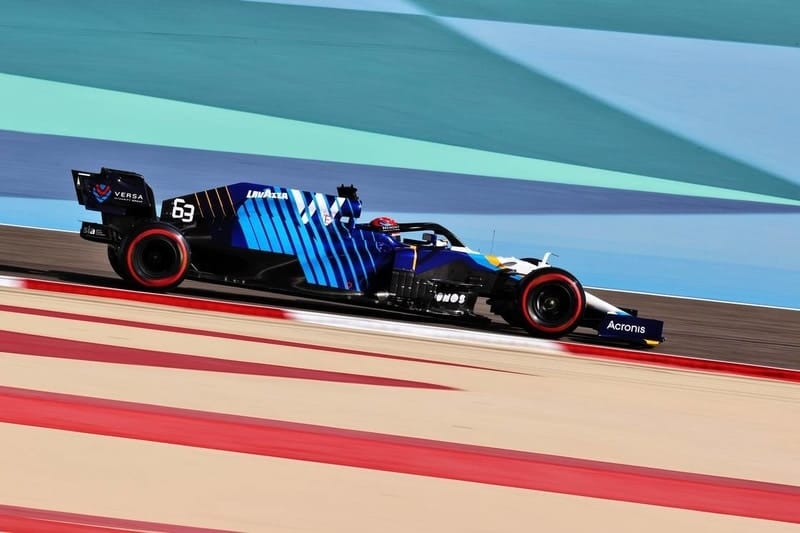 Williams Racing‘s Head of Vehicle Performance, Dave Robson, was happy with the performance of the cars in the lead up to qualifying. The team had been floating around the lower half of the grid all weekend but everything was all to play for come qualifying.

Robson said: “Following a solid practice session in the heat of the afternoon, both drivers were reasonably happy with their cars and ready for the qualifying session.

“We knew that the tyres would behave differently in the cooler conditions of the evening and we were also conscious of the big change in wind direction.”

Nicholas Latifi was one of the driver caught up in the yellow-flags caused by a Nikita Mazepin spin at the end of Q1. That mean’t he wasn’t able to push his car down the final straight and missed out of a chance for a lap to get him out of the bottom five. He will be starting seventeenth.

“To get the most out of the Q1 session we opted to complete three runs so that each driver could get a feel for the different conditions before they attacked the final run hard and with confidence.

“We had mixed fortunes with the yellow flags at the end of Q1 with Nicholas being unable to use DRS on the final straight as a result, but George largely unaffected.“

Williams took the decision to use all three sets of new soft tyre in Q1 to give their drivers a chance to get to Q2. It worked for George Russell but unfortunately it mean’t he had no new softs to set a blistering lap. He’s starting fifteenth.

“George completed an excellent lap and, with some drivers missing out due to the yellows, he set a time quick enough for a place in Q2.

“Our decision to run three times in Q1 meant that we had no new Soft tyres left, but nonetheless, making Q2 was an excellent result and we can now plan to race with the Alfa Romeos and possibly with Tsunoda.

“Nicky (Nicholas Latifi) couldn’t quite extract the same performance as George on this occasion, but he will start only two places back, and given his strong high fuel pace, he has an excellent chance to race with George.“

Robson credits all the work the team have put in leading up to the race. The Williams crew took the decision to stay in Bahrain after testing, making things slightly difficult for the team when it came to make adjustments to the car. Nonetheless, the team have still soldiered on and are ready for Sunday’s contest.

“The last couple of weeks in Bahrain have been intense and busy, but the team have worked very hard and as a result achieved a creditable result today, outpacing some fundamentally quicker cars.

By Nick Golding
2 Mins read
A strong start to the Emilia Romagna Grand Prix for Alfa Romeo, although Giovinazzi is aware of just how tight qualifying will be at his home race on Saturday.
Formula 1

Alpine’s Davide Brivio: “We know qualifying will be important here”

By Paul Hensby
1 Mins read
Davide Brivio was happy with Alpine’s Friday running at Imola despite an incident involving Esteban Ocon during first practice costing them some track time.
Formula 1

Esteban Ocon: “A positive start to the weekend even with this morning’s incident”

By Paul Hensby
2 Mins read
Esteban Ocon was happy with his Friday in Imola despite being involved in a collision with former team-mate Sergio Pérez during the morning free practice session.