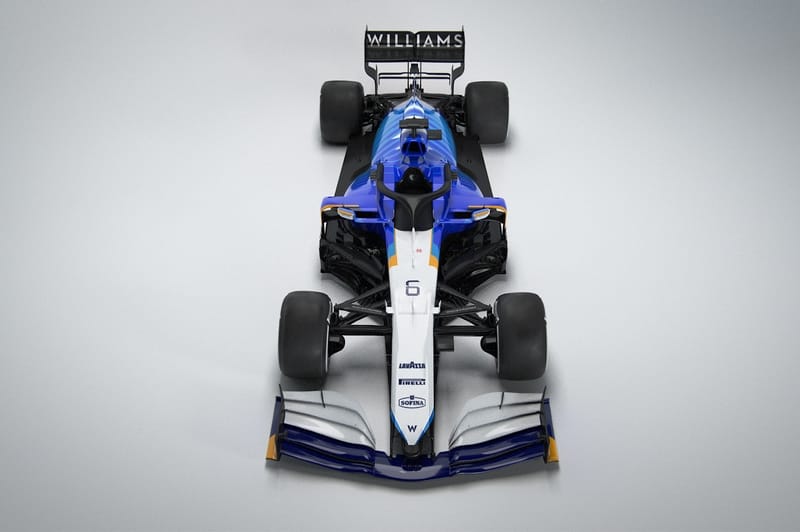 This afternoon, Williams Racing revealed their 2021 challenger, the FW43B, that features a striking new livery for the upcoming season.

Williams’ was set to reveal their 2021 car via an AR app, giving supporters the opportunity to see the FW43B in their homes, but unfortunately, this was cancelled an hour before the launch, with a press release from the team revealing that the app had been “hacked prior to launch”

However, the team still revealed it’s overhauled livery at 2pm this afternoon via renders, presenting a completely new look to resemble Williams’ team’s past, the present transformation and its drive to future ambitions.

The front of the car has remained largely white-base design, similar to 2020’s FW43, the rear has been completely revised as it sports a blue striped pattern which also incorporates the Williams ‘W’ logo.

The British racing company will be hoping that revamped livery will inspire the cars to challenge for points consistently in 2021, after failing to score a single point throughout the 2020 campaign.

Williams is also set to embark on their first season full season under the ownership of Dorilton Capital, after completing the takeover from Williams’ family in August. in which Jost Capito has been appointed as the team’s new CEO.

Speaking for the first time as CEO of Williams Racing, Capito said: “Williams Racing is a sporting icon, and a team that has forged a reputation of success through sheer determination and grit intertwined with innovation, passionate and skilful race-craft and an absolute desire to win.

“Highs and lows are typical in any long-established sporting brand’s journey and historic success can be a strong motivator, but it cannot be relied upon to define future success in the modern era of Formula One.

“Therefore, we have created a fresh new livery for the 2021 car; one that acknowledges our incredible past and retains the spirit, drive and motivation that remains at the core of Williams’ DNA yet looks to the future and signposts our long-term ambition to return to the front of the grid. Whilst we are just starting out on this journey and there is still a lot of work to do, we are happy to see momentum in the right direction and look forward to continuing that progress on track this season.”

Williams’ FW43B will make its on-track debut in just a week time as teams head to Bahrain International Circuit for pre-season testing from March 12-14.