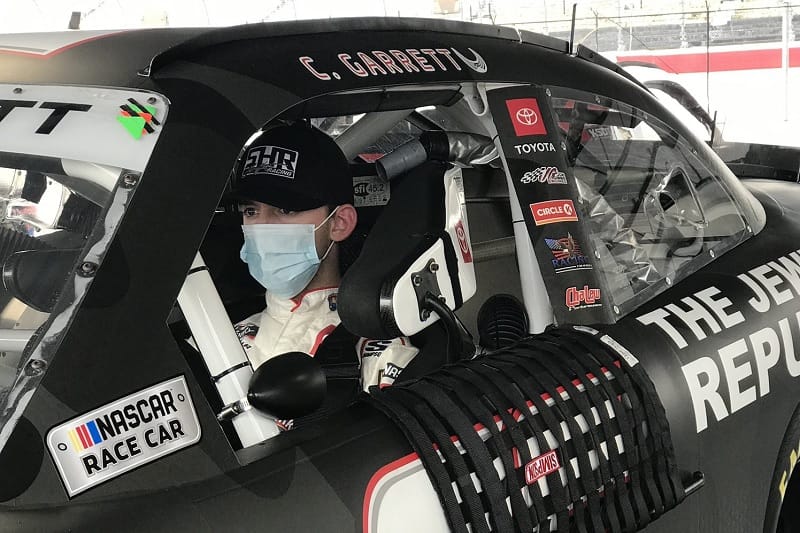 Garrett is a mechanic for SHR when not driving. On track, the late model racer débuted SHR’s Xfinity team in the 2019 season finale at Homestead after spending the last two years in what is now the ARCA Menards Series West. After finishing twenty-first in the team’s maiden start, Garrett attempted six races in 2020, making five and recording a best finish of fourteenth at Homestead. In his first start at Talladega, Garrett was caught in a late wreck and finished thirty-fifth.

“I’ve known Sam since 2016, and we started working together at the latter end of 2017. This will be my fourth racing season with him, so to me it doesn’t feel like we’re a newer team,” Garrett said. “We ran our first Xfinity race together in 2019, and we ran really well. I feel like that showed everyone what the future of this team is. SHR has proven that at every race since then, and I believe it will only get better with the people and equipment that have been acquired since then.

“Our plan is to keep the car in one piece and hopefully land in Victory Lane. I will have (spotter) Chris Lambert on the tower. He’s not exactly a novice when it comes to plate tracks, so that can only add to the hope I have going into it.”

SHR elevated to a full-time schedule in 2021 for a quartet of drivers in Brandon Gdovic, Santino Ferrucci, Kris Wright, and John Hunter Nemechek. While Gdovic’s part-time Xfinity Series background dates back to 2015 and he ran two road races for SHR, Ferrucci moves over from the IndyCar Series while Wright is a sports car champion who began competing in stock cars in 2020. Nemechek races full-time in the NASCAR Camping World Truck Series. Ferrucci and Gdovic make up the bulk of the team’s slate while Wright focuses on the road courses. Nemechek’s tenure does not start until Dover in May.

After the first seven races, Gdovic holds the team’s best finish of eighth in the opener at Daytona. Wright finished eighteenth in his Xfinity début and lone race in the series to date on the Daytona Road Course. Ferrucci has top twenties in all but one of his four starts so far.

Mason Diaz is the only other driver to have Xfinity starts for SHR, running the final two races in 2020 with a highest placement of twentieth at Martinsville.

By Justin Nguyen
4 Mins read
For NASCAR’s Throwback Weekend at Darlington, Brad Keselowski, A.J. Allmendinger, John Hunter Nemechek will start on the poles. Ironically, Allmendinger is the only pole-sitter who will have a throwback livery.
NASCAR Xfinity Series

By Justin Nguyen
1 Mins read
Tanner Berryhill will return to NASCAR for the first time in three years when he runs the Darlington and two Texas Xfinity races in Our Motorsports’ #23 car.