George Russell on Portimão: “It’s a fantastic place and I can’t wait to go racing there again” 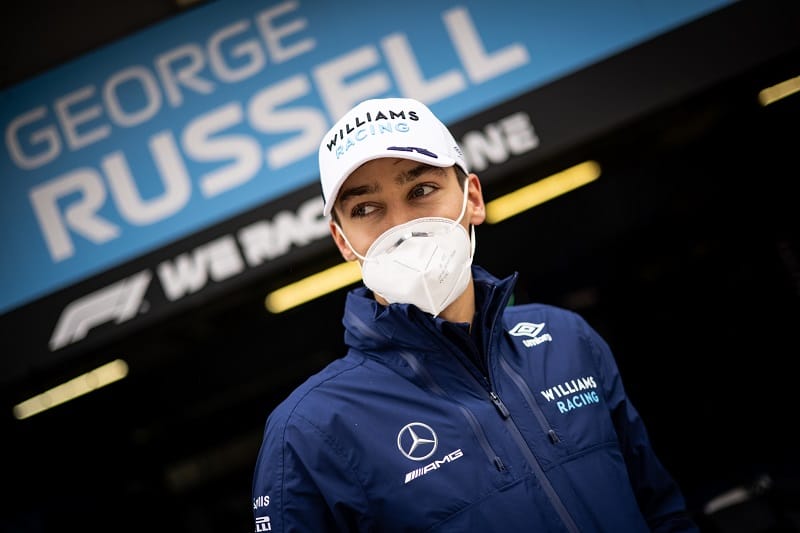 George Russell is excited to race at the Autódromo Internacional do Algarve this weekend, a circuit that he gets a thrill from racing on.

The Williams Racing driver will be looking to put the disappointment of his high-speed crash with Valtteri Bottas during the Emilia Romagna Grand Prix two weeks ago behind him this weekend in Portugal, with the Briton losing out on a chance of points after colliding with the Mercedes-AMG Petronas Formula One Team driver heading towards Tamburello.

Russell says he loves the undulating Portimão track, and attacking the track, and in particular some of its blind turns, gives him a thrill behind the wheel.

“I love Portimão because the circuit is very flowing and undulating,” said Russell.  “The corner types also allow you to do very different lines as they’re quite wide on the entries, there’s not one specific line to drive to go around the corner fastest.

“That really helps for racing as at almost every corner you can take a different line to get out of the dirty air. You arrive through some corners flat out and blind, not being able to see what is 200 metres ahead, but I think that’s what adds to the thrill of the circuit.

“It’s a fantastic place and I can’t wait to go racing there again.”

“This is a track that, maybe on paper, doesn’t suit our car as well as Imola” – Nicholas Latifi

Team-mate Nicholas Latifi will also be looking to put behind him the disappointment of the Imola weekend, a weekend that promised so much but ended in the wall on lap one.

For only the second time in his Formula 1 career, the Canadian managed to get in to the second phase of Qualifying and started fourteenth on the grid, only for his race to unravel in wet conditions on the opening lap.

Firstly, Latifi spun off at Acque Minerali, but despite being able to get going again, collided with Ulrakali Haas F1 Team’s Nikita Mazepin on re-joining the circuit, which pitched him into the wall.

Latifi believes the Imola circuit will suit the FW43B than the Portimão circuit will this weekend, but despite this, he is aiming for a strong weekend to back up the pace he showed two weeks ago.

“Whenever you’ve had a bad race it gives you more excitement and motivation going into the next one,” said Latifi.  “It gives us a chance to reset and start fresh, which is what I’m looking to do as we head to Portimão.

“This is a track that, maybe on paper, doesn’t suit our car as well as Imola, and it was a bit of a struggle in Portugal last year. However, I do feel that we’ve improved the car in certain areas, which was evident in Imola, so I’m curious and optimistic to see how we’ll fair this time around.

“Above all else I’m just hoping for a clean race.”