Lance Stroll: “It is a very tight grid and we want to be closer to the front” 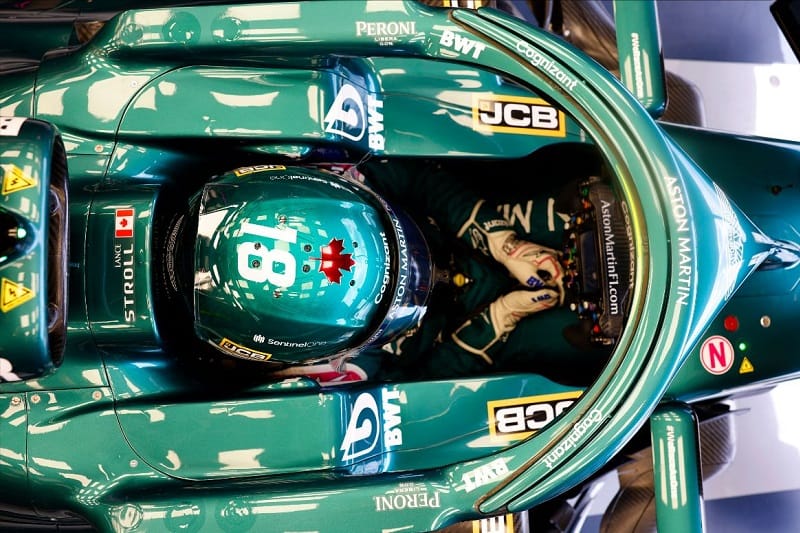 Lance Stroll was ‘pretty happy’ with his Qualifying performance at the Autodromo Internazionale Enzo e Dino Ferrari on Saturday, even though both of his flying laps in Q3 were deleted due to track limits.

The Aston Martin Cognizant Formula One Team racer admitted that his best in Q3 would probably have only been good enough for ninth, but the Canadian will start tenth.

Stroll says the team are still looking for gains to bring them closer to the front of the field and everyone is working towards the same goal, and he hopes to score points again on Sunday.

“I am pretty happy with the session, but it is a shame that my best lap was deleted in Q3,” said Stroll.  “We were in ninth so that knocked me down a place. The margins for track limits are very fine and a few drivers were caught out today.

“I said yesterday how much I enjoy this track and the car felt really good today – as though it has really come alive this weekend. That is encouraging, but it is a very tight grid and we want to be closer to the front.

“We are all working hard to do that. We are not miles off and we know where we can improve. It will be interesting to see how we perform in the race because the long run pace yesterday looked similar to the teams around us. Let’s see what we can do tomorrow.”

The four-time World Champion felt Qualifying on Saturday was ‘reasonable’ but there was certainly time left on the table that ultimately cost him a place inside the top ten.

“Overall, I think it was a reasonable qualifying session,” said Vettel.  “I think there was a little bit left on the table in some of my laps, but it is obviously very tight and a tenth or two can cost you quite a lot of positions.”

Vettel feels happier behind the wheel of the Aston Martin this weekend than he did at the Bahrain Grand Prix three weeks ago, but he acknowledges there is still a lot of work to do for the team to be truly competitive in 2021.

“I feel we are making progress, but I am still missing the full confidence to extract the maximum,” said Vettel.  “I am still not entirely happy, but I am happier than last time [in Bahrain].

“I can see and feel the progress we are making: session by session, lap by lap, we are getting that little bit better.”

Vettel admits he does not know what to expect from Sunday’s race at Imola, but he is aiming for his first top ten finish since joining Aston Martin this season.

“I do not know what to expect tomorrow because all the teams appear to be very closely matched in the middle of the grid, and it is a narrow track where overtaking is not easy,” he said.  “There is also the question of whether it will rain, which might help us.

“Regardless, we need a clean getaway tomorrow and then we can take it from there.”

Charles Leclerc: “A day that unfortunately did not end up the way we would have wanted”

By Paul Hensby
3 Mins read
Charles Leclerc crashed heavily during Friday evening’s Free Practice session in Jeddah, but he is hoping to reward his Ferrari mechanics for their efforts of repairing his car across the rest of the weekend.
Formula 1

Pierre Gasly: “There’s a big rush of adrenalin when you’re out there”

By Paul Hensby
2 Mins read
Pierre Gasly says AlphaTauri still need to work on their long-run pace in Saudi Arabia, although they were able to show impressive pace on short runs during Friday’s running.
Formula 1

Max Verstappen: “We’ll see what we can do to get more pace out of the car overnight”

By Paul Hensby
2 Mins read
Max Verstappen says Red Bull will need to unlock more pace from his RB16B if they are to take the challenge to Mercedes in Saudi Arabia.