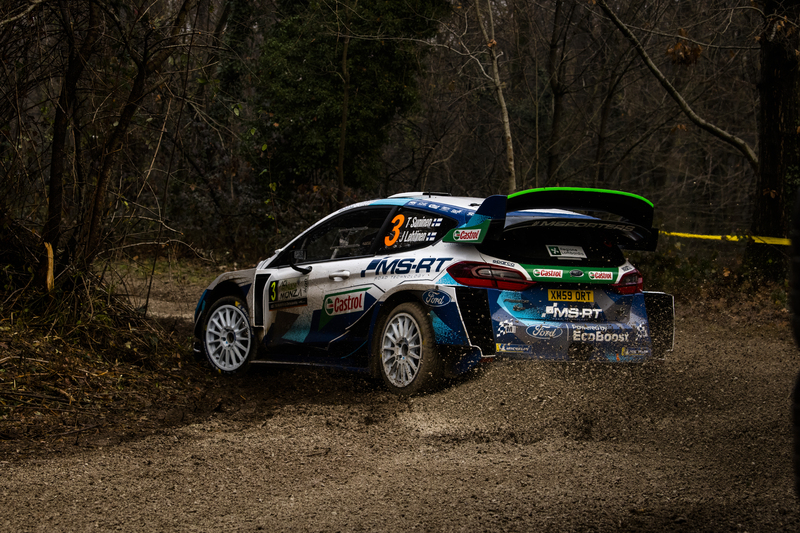 M-Sport Ford team principal Rich Millener has said the team are working hard to ensure that Teemu Suninen tackles every round of the 2021 FIA World Rally Championship.

The Finn is only set to drive the team’s Fiesta World Rally Car on selected WRC rounds this year, after initially starting the first two events of the season in Rallye Monte Carlo and Arctic Rally Finland, he will hand the car over to Adrien Fourmaux to make his WRC debut on the upcoming Croatia Rally.

Suninen will return to the WRC support series WRC2 for the first time since the 2018 Rallye Monte Carlo and the team are hoping that they will be able to secure the funding for him to compete the rest of the rallies in a Fiesta Rally 2 MkII.

Speaking to WRC.com, Millener said, “The aim is to have Teemu at every event this year. That’s something we’re working on at the moment. We’ve invested a lot in him so far and we want to keep him relevant. We are taking things event by event, but I’m looking forward to how he gets on in Croatia. Personally, I think Teemu’s a better drive on asphalt than gravel.”

The Fiesta Rally2 Mk II will also have a new bonnet design in Zagreb this week. The team have moved the vents to the side of the bonnet to prevent the hot engine air going into the cockpit, with the hope that this will aide the cooling of the crew. “The vents have moved to the side. It’s just a way of improving the cockpit cooling,” said Millener.

Huge love of the World Rally Championship, if I'm not watching that I'm probably watching Brooklyn Nine-Nine! Big fan of rollercoasters, you could say I like adrenaline sports! My Spotify is probably playing Feeder.
Articles

By Pontus Lindroos
2 Mins read
Ott Tänak is still leading the rally after the four Saturday morning stages and he has extanded his lead to 9.5 seconds over Esapekka Lappi.
FIA World Rally Championship

Tänak holds on the Rally Finland lead after the Friday stages