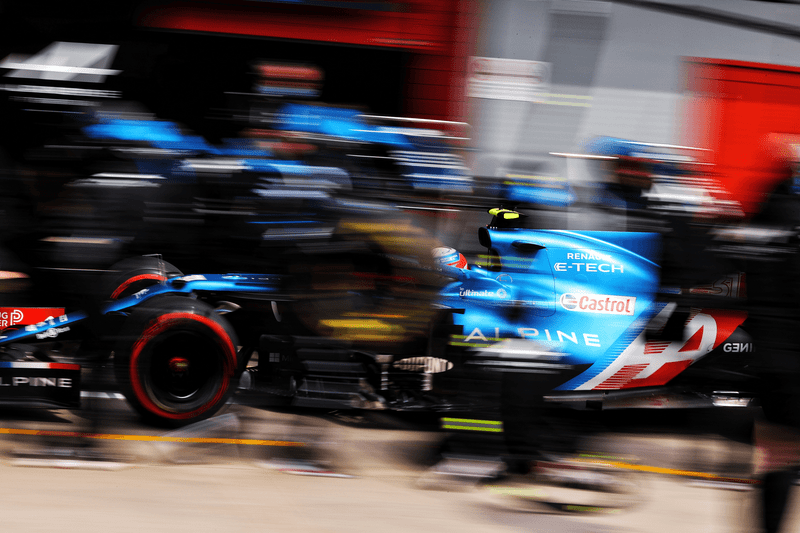 After a disappointing Bahrain Grand Prix, Esteban Ocon has turned it around in the preceding Emilia Romagna Grand Prix – Qualifying in ninth position and seeming to maximise the performance of the car.

Ocon feels that Qualifying was a great result, maximising the potential of the car and the French driver came away from qualifying feeling that they had got the maximum out of the car. To be in the final session of Qualifying is a great result and the Frenchman is really pleased with that especially as it is difficult to overtake around a track like Imola where following is also difficult so starting inside the top ten is almost imperative.

“It’s a great result for us today. We maximised the potential of the car and I think ninth was the maximum we could do. To be in Q3 is satisfying and I’m pretty pleased with that. It’s hard to overtake here, so it’s important to be starting already in the top 10.”

Even though the rest of the midfield may be ahead of Alpine Formula 1 Team in terms of performance there is still performance that can be found through the hard work of the team and Ocon believes in the team and they will give their all and try to score points in a race where anything can happen on an unforgiving track like Imola.

“Our rivals are a little bit ahead and that means we still need to keep improving and finding those developments will be key this season. We’ll give it everything and fight tomorrow. The aim is to score points and we know it will be a long race where anything can happen.”

After not finishing his first Grand Prix back since his return to Formula 1 at the Bahrain Grand Prix due to having a sandwich wrapper lodged into a part of his car, Fernando Alonso would’ve been hoping to have another good qualifying but unfortunately never seemed to get going in the car ending qualifying in fifteenth place after just managing to make it out of Qualifying 1.

Alonso feels that he was not fast enough today and didn’t manage to get everything out of the car meaning that the Spanish driver is disappointed and is hoping that he can still finish in the points tomorrow. It is difficult to overtake at Imola due to the twisty nature of the circuit but points are given out on a Sunday and there is always a chance of chaos in Formula 1 so Alonso will wait and see what happens.

“I was not fast enough today and didn’t maximise the performance of the car. I’m disappointed in my result and let’s hope we can still get something tomorrow. It’s difficult to overtake here, but the points are given in the race so let’s see how we do.”

Alonso is very impressed with his team-mate Esteban Ocon who showed that the upgrades brought to this race have worked well. In Bahrain the two-time Formula 1 World Champion had a great qualifying but not such a great race so he is hoping that it will be the reversal of roles tomorrow.

“On the other hand, Esteban did well today and showed our updates that we brought here have worked well. In Bahrain, I had a good Saturday and a bad Sunday, so hopefully that is reversed tomorrow.”