Lewis Hamilton – “It Has Been A Good Start To The Weekend” 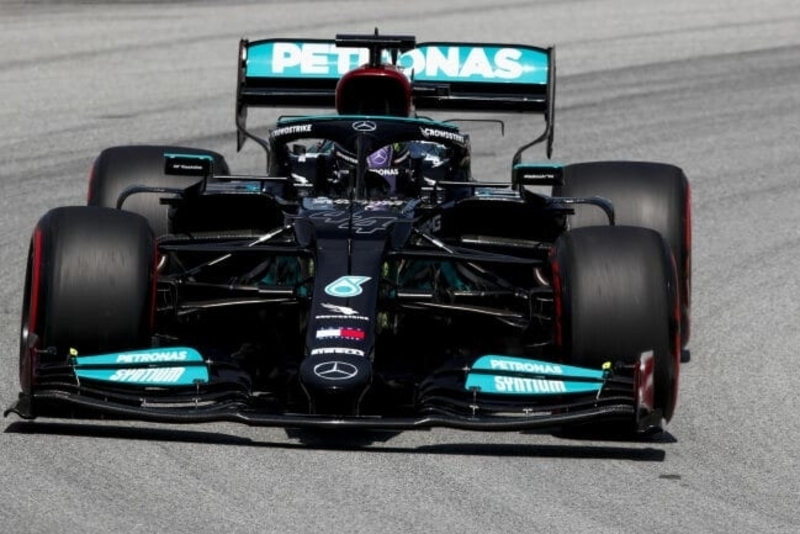 It appears that the Mercedes AMG Petronas Formula 1 Team have been working incredibly hard at the factory for the second weekend in a row looking the fastest car on track, albeit at a circuit that traditionally favors the team based at Brackley.

Lewis Hamilton feels that the two practice sessions have got the weekend off to a great start, the Briton enjoying driving the car on the track with the car feeling great balance-wise and the whole team feels that they understand the car after the horror-show that was winter testing for Mercedes.

“It’s been a good start to the weekend, the track is awesome and our balance is similar to what we had in the last race. It looks close but I think we’ve got good pace – we understand the car and know which direction we need to go balance-wise.”

Minor-adjustments were made to the car over the day and hopefully this will ensure another front-row lockout in the Spanish Grand Prix. All of the teams around Mercedes have made huge step-ups development wise and this puts more pressure on the defending world-champions and ensure that no element of complacency kicks in.

“We made some tweaks along the way, I don’t know if the car got better through the session but there were definitely findings there and we’ll analyse the two sessions to hopefully have a better set-up for tomorrow. It’s amazing to see the progress that McLaren, Ferrari and Alpine are making, not just Red Bull, and that puts pressure on us.”

Valtteri Bottas feels that getting the tyres working quickly will be key for Qualifying Success.

Valtteri Bottas was the quickest driver on track in the first practice session, but was unable to top his team-mate again in the second practice session where most drivers underwent their Qualifying Program and at a race where only four of the nineteen races have not been won from pole, the Finnish driver will be hoping that these roles are reversed come Saturday.

Bottas feels that it was a good day, the car not having any major issues throughout both sessions, however the Fin noted that warming up the soft tyre as soon as possible for the race start and in qualifying will be crucial in a field that is currently so tightly packed together.

“It was a solid day, the feeling in the car was not too bad and no massive balance issues so I’m fairly happy. On the soft tyre, getting both axles working straightaway for lap one is going to be key because the gaps will be so small.”

The job for the mechanics overnight will be to fine tune the set-up as to not lose any milliseconds in a Qualifying session that will be crucial. The whole seems to once again be close with the Scuderia Ferrari Mission Winnow once again looking strong so it is imperative that Bottas and his team maximise everything out of their package.

“Tonight will be our usual process – fine tune the set-up as best as we can because we know every millisecond is going to be crucial in qualifying. The whole field seems to be close and Ferrari looked strong today but we just need to focus on our performance and extract the maximum from this package.”

By Paul Hensby
1 Mins read
Rinus Veekay would only consider a switch to Formula 1 should an opportunity to partner or battle Max Verstappen becomes available.
Formula 1

By Nick Golding
1 Mins read
Red Bull Racing have announced an exclusive multi-year partnership with well-known gambling and entertainment company PokerStars ahead of the 2022 season.