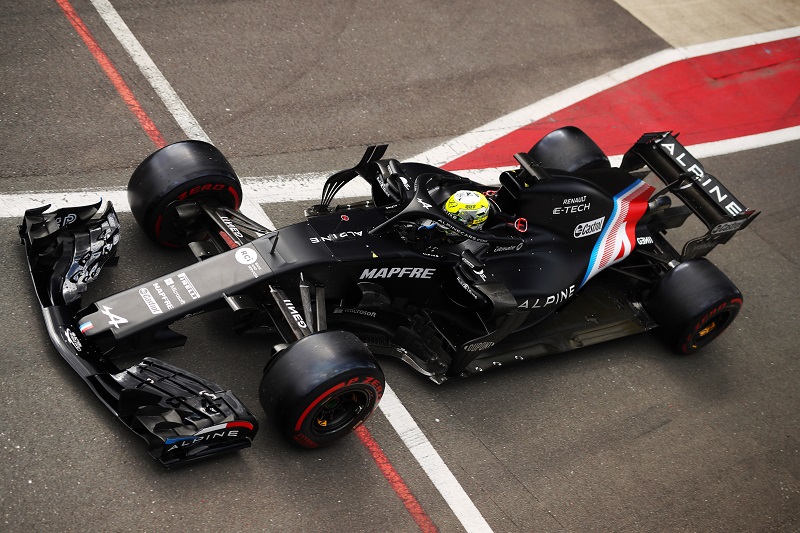 Piastri took to the track on Tuesday completed eighty-six laps of the Silverstone track in damp conditions, while Zhou had the better of the conditions on Wednesday, with the Chinese driver running one hundred and six laps.

“It was a great experience driving a Formula 1 car again,” said Piastri.  “There are not many better combinations than driving an F1 car fast around Silverstone.

“It was a little bit wet in the morning, but we completed a lot of laps in the afternoon with a few qualifying and race simulations thrown in there too. I’ve learnt a lot from the day and it will stick in my mind for a long time.

“Hopefully, it’s the first of many experiences here driving an F1 car at Silverstone.”

For Zhou, it was his fifth time testing a Formula 1, and it was an exciting proposition to go straight from Monaco to run with Renault at Silverstone.

“Yesterday was a really good day,” said Zhou on Thursday.  “It was so nice coming from Monaco to Silverstone and feeling the amazing downforce in a Formula 1 car.

“I adjusted to the car straight away even though it was my first time in an F1 car this year. We had some light rain at Silverstone, but it didn’t impact our plan too much and I am happy with the progress we made as a team and for me personally.”

Mia Sharizman, the Director of the Alpine Academy, said it was a good couple of days of testing for two of their young drivers, and he was pleased to see both Piastri and Zhou get some good mileage and find some good speed behind the wheel of the R.S.18.

“Our programme ran smoothly, despite some of the bad weather for Oscar. He did approximately 500km and completed a full F1 race distance, which is good considering it’s his second time in an F1 car. Our aim for him was to get up to speed with the car and continue his development.

“For Zhou, it’s good to see his continued maturity and he has come on leaps and bounds of late, in what is his third year in the test programme. It reflects in his R.S.18 programme today, where he completed 106 laps, the most mileage he has done with an F1 car in a single day.

“Both drivers will take some great learnings from the two days and we’ll continue to look at future test opportunities for all our Academy drivers.”

The two FIA Formula 2 racers, alongside another Alpine Academy member in Christian Lundgaard, will be back racing next weekend when Formula 2 supports the Azerbaijan Grand Prix at the Baku City Circuit.

By Paul Hensby
1 Mins read
Rinus Veekay would only consider a switch to Formula 1 should an opportunity to partner or battle Max Verstappen becomes available.
Formula 1

By Nick Golding
1 Mins read
Red Bull Racing have announced an exclusive multi-year partnership with well-known gambling and entertainment company PokerStars ahead of the 2022 season.