Verstappen: “From my side it was a good qualifying” 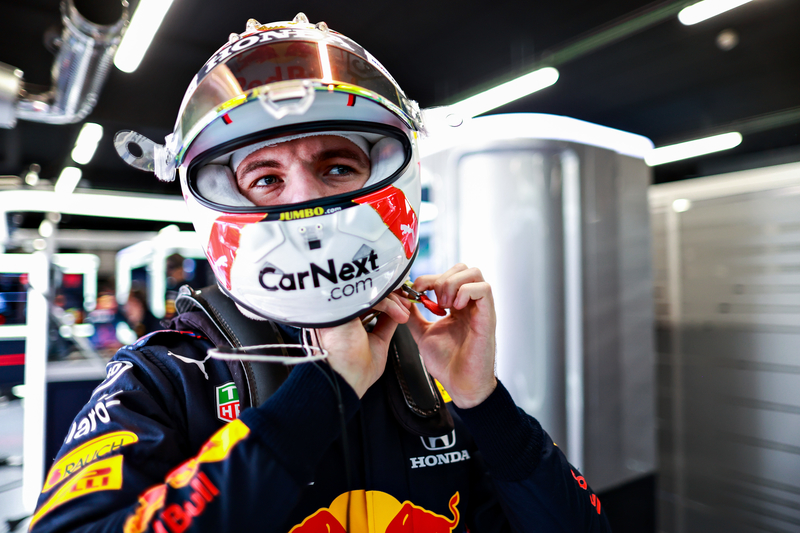 Max Verstappen says it was a good qualifying session despite not grabbing his second pole position of 2021 after Lewis Hamilton nicked the Dutchman for the 100th pole of his career.

The Red Bull Racing driver raised a few eyebrows in the F1 paddock when he broke into 1:16s in Q2 and topped that particularly session by nearly half a second. However, the most important session was Q3 and, unfortunately for Verstappen, Hamilton found his mojo and stormed to the fastest overall.

Verstappen was only 0.036sec behind the seven-time World Champion, settling for his first row start at the Spanish Grand Prix, but will have the other ‘Silver Arrow’ breathing down his neck as Valtteri Bottas will start third on the grid.

Despite failing to nick pole at the Circuit de Barcelona-Catalunya, Verstappen was rather pleased to not make any mistakes in qualifying after what happened in Portimao just a week ago and knows a very good start in the Grand Prix tomorrow will determine the result.

“From my side it was a good qualifying. I’m pleased with my lap with no mistakes and I feel like I extracted the most out of the car. It was very close, but it wasn’t quite enough and sometimes you have to accept that.

“Mercedes seem to be a little bit ahead of us over one lap but to be on the front row here, especially compared to last year where we really struggled, we can be very happy with that.

“We know that the start is very important here and it can impact the race result, so of course we are focused on it, but we want to keep it clean as well as it’s a long race.

“We will of course give it our best tomorrow and I think we have decent race pace, if it’s enough to beat them I don’t know but we will push them all the way.”

Ideally, with Verstappen facing two Mercedes AMG Petronas drivers at the front of the pack, Red Bull would have wanted his team-mate as close as possible to help him, but the Mexican was struck with another disappointing qualifying session that will see him start eighth on the grid.

On his first flying lap in Q3, Sergio Perez spun at turn 13 and dipped one of his tyres into the gravel, fortunately not beaching it instead. However, it ruined his session and gave the 31-year-old only one proper flying lap in the closing stages, in which he could only go eighth quickest.

Perez revealed that he was suffering from a shoulder injury and wasn’t feeling his best throughout qualifying, but vows to be aggressive in the race tomorrow to make up ground on the leaders.

“It was a tough qualifying out there and just a bad day in general. I didn’t get a good lap throughout today and I was not feeling 100% in qualifying with some shoulder pain so we did well to progress to Q3 which shows what a good car we have.

“In terms of pace, we have a very good race car so it’s a shame we are starting out of position as it’s a difficult place to overtake but I’m confident we will be able to fight for a very strong result.

“Tomorrow is a new opportunity, hopefully we are able to minimize the damage and take some steps forward. I’ll be aggressive as I need to come through the field and catch up to the leaders as early as possible.

“In general, it’s not been the best weekend from my side but looking at previous races this year, you can see things are coming together and I’m just getting to know the car better which is the key.”

Pirelli Will Seek Answers to Baku Tyre Failures, but External Factors a Possibility

By Paul Hensby
1 Mins read
Pirelli will look deep into what caused the tyre failures that ended the races of Lance Stroll and Max Verstappen during the Azerbaijan Grand Prix on Sunday.
Formula 1

“We have the race pace to compete at the very front of the midfield, or better” - Szafnauer

By Paul Hensby
2 Mins read
Otmar Szafnauer says Aston Martin can compete at the front of the midfield in 2021 after their performance during the Azerbaijan Grand Prix.
Formula 1

Sebastian Vettel: “I am over the moon and P2 means a great deal to all of us”