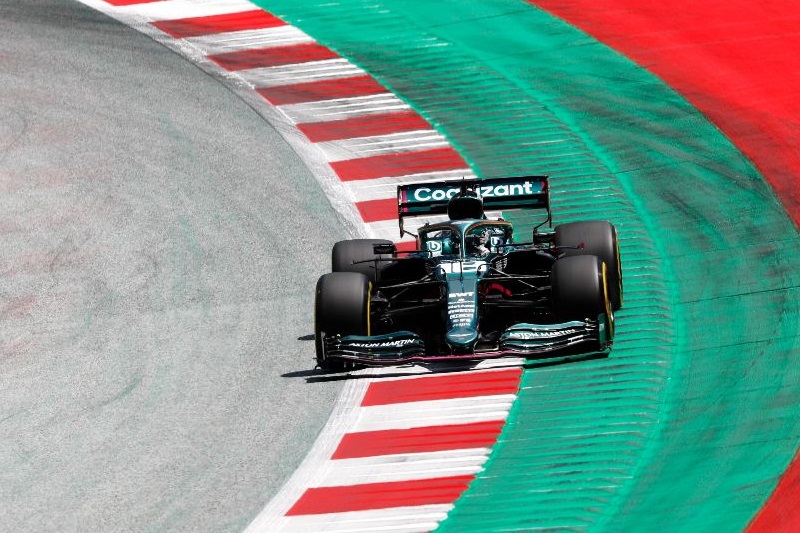 Otmar Szafnauer says Lance Stroll’s performance during Qualifying for the Styrian Grand Prix on Saturday was ‘superb’, with the Canadian set to start ninth on the grid for Sunday’s race.

Stroll performed well in both Q1 and Q2 to advance into Q3 with relative ease, although he set the slowest time of those making it into the top ten shootout as he ran out of soft Pirelli tyres to use.  However, he moves up to ninth on the grid as Yuki Tsunoda was handed a three-place grid penalty for impeding Valtteri Bottas during the session.

Szafnauer, the CEO and Team Principal of the Aston Martin Cognizant Formula One Team, says Stroll should now be aiming for points on Sunday.

“Lance did a superb job today, fast in Q1 and Q2, thereby moving smoothly through to Q3,” said Szafnauer.  “He will start tomorrow’s race from P9, from which position a strong points-scoring drive will be his aim.”

On the other side of the garage, Szafnauer admitted Sebastian Vettel was struggling with understeer during his session, and as a result the German was unable to match Stroll and was eliminated in Q2.

Vettel lost his best time of the session due to exceeding track limits, but despite this, it would still not have seen him advance into Q3, although it would have moved him up two places to twelfth rather than fourteenth.

“Sebastian struggled with understeer in Q2, as a result running wide in the final turn on his fastest lap, which caused it to be disallowed for a track limits infringement,” said Szafnauer.

“But for that, he would not have gone through to Q3 anyway, but he would have been classified twelfth rather than fourteenth.”