“It was impossible to keep up” – Lewis Hamilton 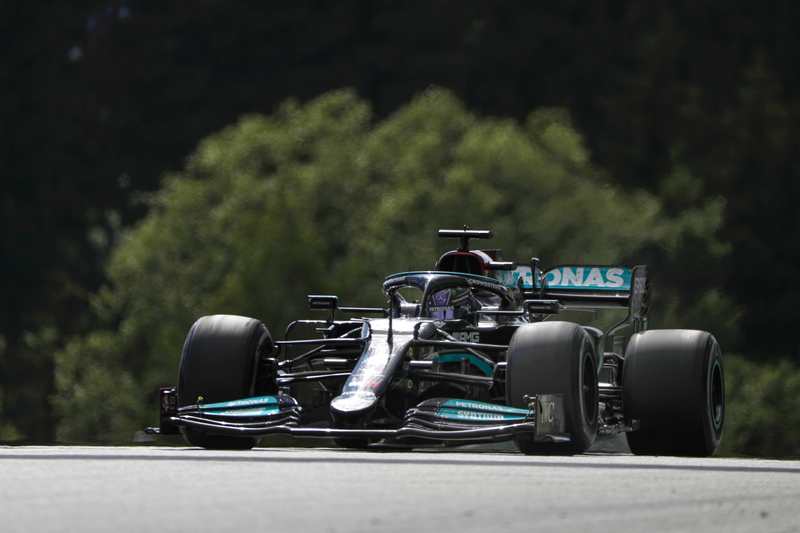 It was a quiet race for Hamilton at the Red Bull Ring, neither of the Mercedes AMG Petronas Formula One Team drivers had any answers to Verstappen’s relentless pace.

The only consolation for Hamilton is that after pitting with only a couple laps to go for soft tyres, the world champion did get the fastest lap to gain an extra crucial point. Hamilton now sits eighteen points behind Verstappen, with Red Bull Racing clearly having much stronger pace than the silver arrows.

“Today was a bit of a lonely race for me – I was trying to keep up with the Red Bull but with the speed they have, they have obviously made some big improvements over the last couple of races and it was impossible to keep up. I don’t know where we are losing all the time, I think their long runs seem to be a bit better, plus on the straight it feels like we lose a lot.

“It’s a serious challenge, we need to figure out what we can do to elevate the package and give us more performance but it was a really good result to get second and third. We got good points as a team today and we have just got to keep pushing.”

“I think i maximised the race” – Valtteri Bottas

After starting from fifth on the grid after being awarded a three-place grid penalty for spinning in the pit-lane, it was a good recovery drive by Valtteri Bottas who managed to make it two Mercedes on the podium, taking third place and importantly beating Sergio Pérez.

Bottas sat behind Pérez in the opening phase of the race until the opening pit-stops, Red Bull had an uncharacteristically slow stop with Pérez, allowing Mercedes to perform the overcut with Bottas.

The Finnish driver then remained in control of third place for the remainder of the race, despite Red Bull pitting Pérez again for fresher tyres to hunt Bottas down. It was too little too late for Pérez though, as Bottas took third by just half a second.

Bottas like Hamilton is aware that Red Bull have more pace than them, so is very happy with managing to beat one of them.

“From where I started, I think we maximised the race – starting from fifth and finishing third was a decent result. There was not much left in my tyres at the end, today was more like rallying in Finnish Lapland than F1 in Austria! The Red Bulls seems two-tenths quicker than us each lap at the moment, which is quite a lot.

“Today we managed to beat one of them which was good but we need to improve the car moving forward to compete for the win. We need to accept that they are ahead at the moment and use it as motivation. It was a pretty clean weekend for me – other than the penalty – and P2 in qualifying and a podium finish is positive and I’m looking forward to next week.”