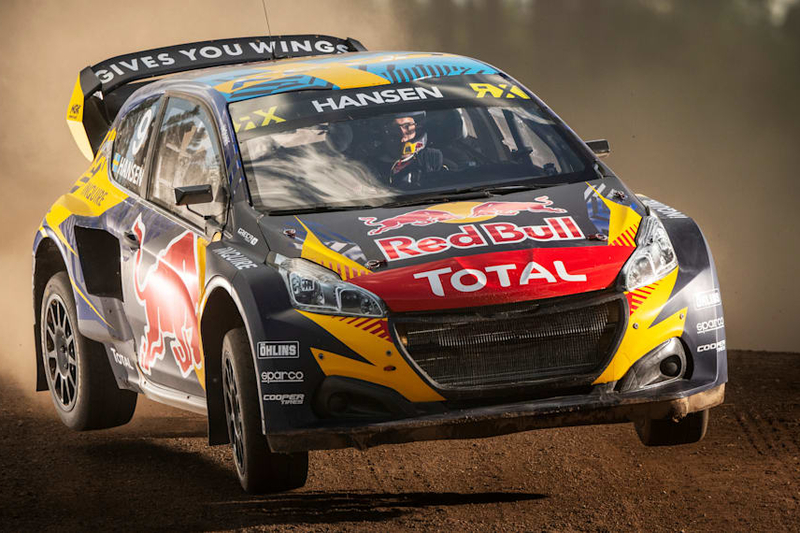 Hansen World RX Team´s Kevin Hansen has now been confirmed to take part as a permanent driver in the 2021 FIA World Rallycross Championship, driving in one of the two Peugeot 208 WRX Supercars.

The 2015 RX Lites and 2016 FIA European Rallycross Champion who has been a regular on the grid for the past few years, will now start his sixth consecutive season with his families team on the top level.

The best season so far for him was in 2019 when he challenged for the championship, that season went down to the wire at the final round in Cape Town in South Africa, his brother Timmy Hansen clinched the title by winning on countback as he ended up tied on points with Norwegian Andreas Bakkerud meanwhile Kevin took a respectable third place in the Drivers’ Championship.

“I’ve been looking at all areas of my development in order to put myself in a better position ahead of the season. I know where I’ve been weak, and where I’ve been strong, and it’s time to put it all together in the final year of the petrol era.” Kevin said.

“I’m capable of winning championships – I think my junior career showed that! This is no different and I hope the changes around me will showcase the progress we’ve made together. Our car development has moved towards a direction I feel more comfortable with, and the car did fit me much better last season than in 2019. I believe since then we’ve progressed even more in that direction and I can’t wait to extract all of it on track.”

“To close World RX’s petrol chapter with the Hansen name on top would be a beautiful story, given the team’s rich history and the upcoming shift to full electric rallycross. It’s my time to shine!”

“Kevin has proven himself to be a world-class rallycross driver over the last decade. It has always been the case over the years that our boys have had to earn their seats with the team, and if they were not fast enough, they wouldn’t get to drive. But Kevin has proved himself time and time again, so we’re excited to see what he is capable of doing in this final chapter of World RX before the new electric era begins.“ Kenneth Hansen, fourteen-time European Champion and team principal at Hansen World RX Team, said.

“We had some difficult moments in the first half of last season but I saw a big step from Kevin towards the end of last season – he felt at one with the car again and it showed. If myself and the rest of the team can give him a fast car I am sure he can continue to fight at the front of the pack for more victories, and maybe even the championship. Let’s see what happens!“

The team haven’t yet announced who will be the driver in the second Peugeot 208, that has have been used by Timmy Hansen but we could possible see a new face within the team, the driver will be announced at a later date.