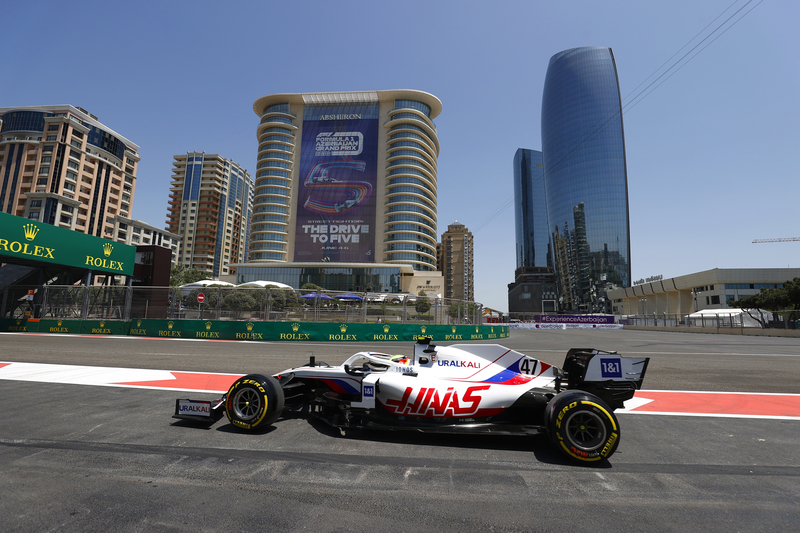 The FIA Formula One World Championship rolls into round seven this weekend for the French Grand Prix, the first of three back to back races, representing a new challenge for both Uralkali Haas F1 Team rookie drivers Mick Schumacher and Nikita Mazepin.

The French Grand Prix represents the start of the first triple header of the season, a brand new challenge for both rookies at Haas who are both yet to experience the physical demand a triple header brings.

On the back of his best finish so far this season, Schumacher is looking forward to the triple header and the additional time it will bring him to spend in the car and with his team.

“Yes, it’s the first triple-header we’re going to. It’s going to be intense, but I think it’ll be fun spending all this time together with the team and getting to race consistently. It’ll be the busiest time in the car, but that’s good because it’s what I love – I’m happy about that. In terms of physical preparation, it doesn’t change anything.”

“All your physical preparation is basically done in the weeks and months before and after the season. I’ve done all my preparations; I feel like I’m in a good spot. I’m sure we’ll be able to rock the triple-header and I’m looking forward to it.”

Focusing purely on this weekend, Schumacher does have experience at the Circuit Paul Ricard, racing at the venue during his time in the FIA Formula 2 Championship. The German is looking forward to pushing the car at the venue notorious for its endless run-offs, meaning you can test the cars limits and get away with it!

“So yes, the last time I was at Paul Ricard was in F2, but I’ve also been there before in a Formula 3 test. It’s always been very interesting. The track is very open, there’s a lot of run-off to say the least. It’s still very flowing, there are possibilities to try different lines and stuff without having big consequences.”

“It’s a track where everybody I think can find the right margins at every corner because they’re able to go over the margins sometimes and experience that. It’s going to be key to stay within the track limits and get the most out of the car – hopefully we’ll be able to do so.”

Mazepin, who also achieved his best finish so far of his career in Azerbaijan, is similar to Schumacher looking forward to the triple header, expressing that he loves what he does and would happily extend the calendar.

“I really do like what I do. For me it’s very important to be able to race a lot. I’m one of the few drivers I think that really does enjoy the triple-headers and the 23 races that come this year. It’s a nice thing for me. I’m physically fit enough to be able to sustain more races. I’m waiting for the race weekends as they bring opportunities. Those opportunities also motivate the people around me, and for me that’s also important.”

Looking ahead to this weekend, Mazepin does have a successful record at the French circuit, taking a podium in 2018 at the venue in Formula 2, the Russian is excited to use the volume of run-offs to his advantage to test the limits of his Haas VF-21 this weekend.

“Paul Ricard is a very special track. It’s the complete opposite from our last races in Monte Carlo and Baku. It has huge run-offs, therefore it’s a track that’s able to provide you with opportunities to test the limits. I had a good experience there in 2019. Hopefully with our car we’ll be able to achieve more of those things.”

By Nick Golding
1 Mins read
This weekends Hungarian Grand Prix represents Williams final chance for a points finish before the summer break. A points finish at the Hungaroring this weekend may taste just as sweet as Nelson Piquet’s win at the venue for the team back in 1986.
Formula 1

"The Hungaroring is a circuit that I love" - George Russell

By Nick Golding
2 Mins read
George Russell is set to face his best opportunity yet of a points finish for Williams at this weekends Hungarian Grand Prix, where overtaking is very difficult making a strong qualifying essential. Can Mr Saturday rise to the challenge?
Formula 1

By Nick Golding
1 Mins read
The Uralkali Haas F1 Team will be hoping to go into the summer break on a positive note, with this weekends Hungarian Grand Prix being the final race before the summer break.