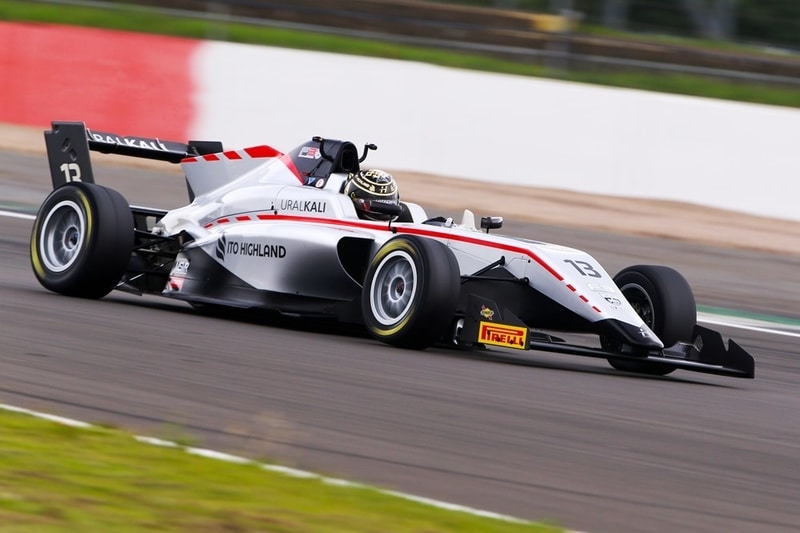 The second round of the 2021 BRDC British Formula 3 Championship began with Race 1 at Silverstone on Saturday afternoon, where Hitech GP‘s Reece Ushijima took his maiden win in the series.

Lubin slipped back to sixth in the opening exchanges, with Bart Horsten, Javier Sagrera and Roberto Faria moving past between Abbey and Aintree.

The top three remained unchanged from then, with Ushijima and O’Sullivan pulling a three-second gap to Horsten and the rest of the chasing pack.

Tom Lebbon retired in the opening laps for Elite Motorsport, while Sagrera stayed fourth with Garfias ten places further back.

Alex Connor swapped places with Christian Mansell for eighth, while Zak O’Sullivan began to reel in Ushijima’s lead to half a second.

Ushijima held on for his maiden British F3 win, closing the gap at the top of the Drivers’ Championship to O’Sullivan who finished three tenths behind.

Bart Horsten finished a second behind O’Sullivan, a further five seconds ahead of Javier Sagrera, Roberto Faria and Dexter Patterson.

Lubin pitted early to remove grass from his car and lapped well behind the rest of the field.

You can follow all the action on The Checkered Flag.

Dexter Patterson was excluded from the race weekend after an altercation with Bryce Aron and a marshal in parc fermé after Race 2.

By Michael Callander
2 Mins read
Roman Bilinski impressed with three top-five finishes on his debut British F3 weekend for Arden. He returns to British F4 with Carlin for the next round at Oulton Park.
British F3

By Michael Callander
3 Mins read
Fortec Motorsport took two podiums, including a first win of the season at Donington Park in the third round of the 2021 BRDC British F3 Championship.
British F3Interviews

By Michael Callander
6 Mins read
Bart Horsten is in his second season in British F3, and has his eyes on a push up the table starting this weekend at Donington Park. Hitech’s Australian driver spoke to TCF about his ambitions for the season.