AlphaTauri’s Jody Egginton: “We’ve got to go away and get ourselves organised for the next race” 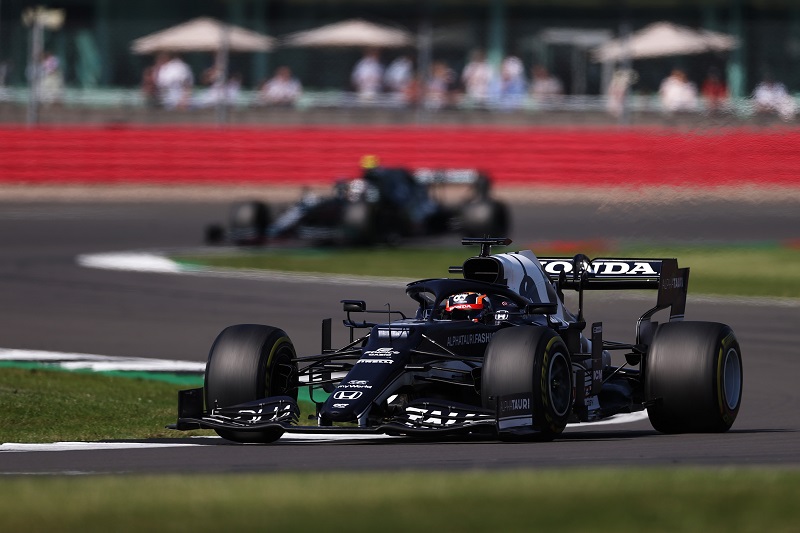 Jody Egginton admits the British Grand Prix weekend was a lot more difficult than expected for the Scuderia AlphaTauri Honda team, and it was disappointing to leave Silverstone with only a solitary point to their name.

Pierre Gasly was on course for a top ten finish only to pick up a puncture with five laps remaining, but his pit stop promoted Yuki Tsunoda into tenth to take home the final point on offer.

Egginton, the Technical Director at AlphaTauri, believes the team should have been fighting for around eighth place at Silverstone, but the pace of the car was not as strong as they had hoped it would be, particularly in Qualifying on Friday evening and during Saturday’s first-ever Sprint Qualifying race.

“The pace of the car hasn’t been where we expected it to be leading up to the race,” said Egginton.  “Our Qualifying was below our expectation and then in the Sprint Qualifying there was a lot of traffic, so we couldn’t make any progress.

“Today in the race, we managed to use the strategy to extend our first stint on the Mediums, which worked out quite well and allowed us to jump some competitors with both cars. This allowed us to be in a good position to fight for the points with Pierre and then get close to that with Yuki.

“Pierre looked quite strong against Alpine and [Lance] Stroll, however it’s difficult to overtake here. Unfortunately, Pierre then picked up a puncture from debris on track and was forced to pit for Softs near the end of the race, taking him out of the points. Yuki was in a position to benefit from this and has managed to score a point here.

“We could recover some of our losses, but our expectation was that we could’ve been finishing in P8 today so it’s still quite disappointing.”

Egginton says it is important AlphaTauri go away and analyse the weekend in order to improve the performance of the AT-02 ahead of the next round of the season in Hungary.  With the midfield battle so tight, he says AlphaTauri will need to improve in order to keep themselves in contention for points in every race.

“We’ve got to go away and get ourselves organised for the next race, as we’ve demonstrated today the midfield battle is extremely tight and we need to be scoring points each race,” he said.