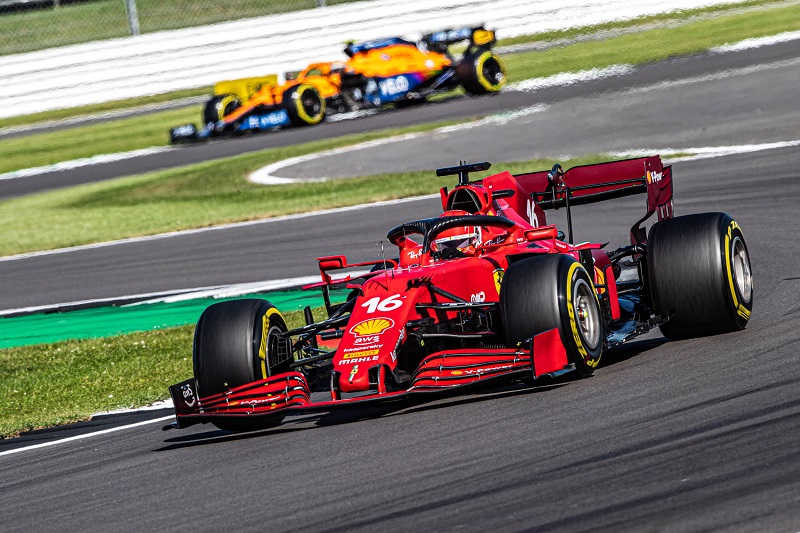 Laurent Mekies, the Racing Director at Scuderia Ferrari, felt it was a good debut for Sprint Qualifying at Silverstone on Saturday afternoon, and it was pleasing to see Charles Leclerc finish fourth.

It was not such an easy race on the other side of the garage, with Carlos Sainz Jr. dropping to nineteenth on the opening lap after contact with George Russell at Brooklands.  However, the Spaniard was able to charge back through the field to finish eleventh, and he will move up one place to tenth on the grid for the British Grand Prix after stewards penalised Russell for the incident.

Mekies feels both drivers showed good pace during the seventeen-lap Sprint Qualifying race, and it gives them confidence going into the main event on Sunday that they can score good points.

“A good debut for Sprint Qualifying, which provided a show and some interesting points,” said Mekies.  “For our part, Charles produced a great performance to ensure he starts tomorrow’s race from fourth, where he qualified yesterday. More importantly, he showed strong pace, running not far behind the three cars ahead of him.

“It was a shame for Carlos, who dropped back from yesterday’s qualifying position because of a difficult opening lap and a coming-together with Russell, which he could do nothing about. It’s even more of a shame given that he had the potential to make up places rather than lose them. At least he put on a great show this afternoon!”

Mekies says the seventeen laps has provided Ferrari with plenty of data to go through ahead of Sunday’s full-length British Grand Prix, but overall, the team are beginning to see the fruits of the hard work they’ve put in to improve the SF71 this season.

“These 17 laps have provided us with plenty of data to prepare for tomorrow’s race and that’s what we are concentrating on from now on,” said Mekies.  “Before this weekend, we knew the difficulties we would face.

“From what we have seen so far, the work we have done is starting to pay off in terms of performance, both on a qualifying lap and over a long run. But we will only have the full picture after the chequered flag falls.”

By Nick Golding
2 Mins read
Mercedes have closed to within four points of Red Bull after Lewis Hamilton won a controversial British Grand Prix, which saw Hamilton and Verstappen collide on the opening lap at Copse sending the Dutchman flying into the barrier.
Formula 1

"He didn't leave me any space" - Lewis Hamilton