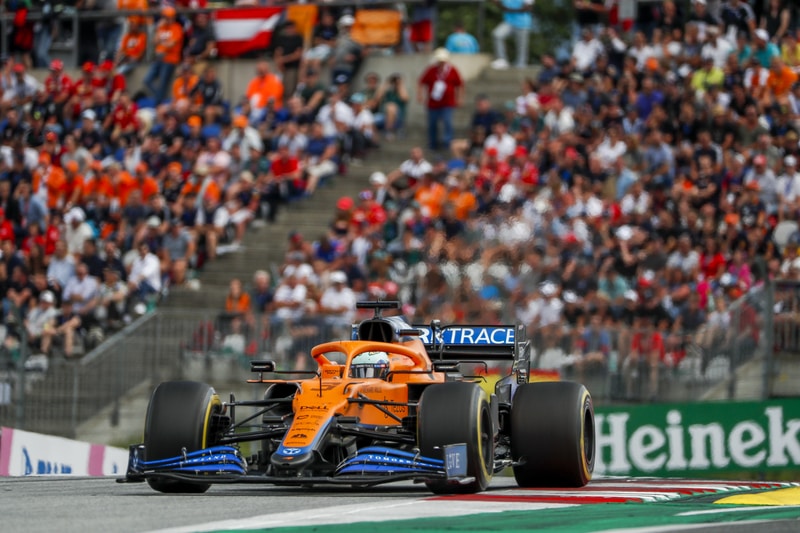 Andreas Seidl, Team Principal of McLaren F1 Team, had nothing but praise for how his team did during the Austrian Grand Prix.

After a disappointing Styrian Grand Prix for one half of the garage, Lando Norris and Daniel Ricciardo were both able to bring home points with Norris getting himself back on the podium for the second time at Austria in his Formula 1 career.

Norris had already opened some eyes to his pace when he qualified on the front row of the grid in second. He put on a good battle with Lewis Hamilton for track position and was even able to match the pace of the Mercedes-AMG Petronas Formula One Team cars.

Ricciardo had a mountain to climb in the race as he was starting down in thirteenth but the Australian driver showed what he is made of and provided us with some great overtaking and defending, a real show for the fans on site. He was able to climb six-places to seventh.

“What a performance today from Lando, Daniel and the entire team. P3 and P7 is an excellent result and continues the strong run we’ve had all the way through this triple-header. Everybody has contributed. A big thank you to every single member of the team here at the track, back home at the factory and our colleagues at Mercedes HPP for making this happen,” said Seidl

“After a strong race here last week it was great to see that we could increase our performance again and be in a position to battle the top cars with Lando. I’m just as happy with Daniel’s performance today – he scrapped it out with the Ferraris, did a great job and scored more important points in our Constructors’ Championship battle.“

Next on the calendar is Silverstone, a home Grand Prix for McLaren and Norris. Not only will spectators be at the track but a full capacity has been confirmed, will tickets now sold out. McLaren will surely want to put on a show in front of everyone.

“The team is looking forward to a bit of a rest now after an intense triple-header. We’ll reset and get ready to go again at Silverstone. We’re already looking forward to our home race, with our fans and many of the team cheering us on from the grandstands.”