Lando Norris: “I don’t think we could’ve done a lot better than sixth” 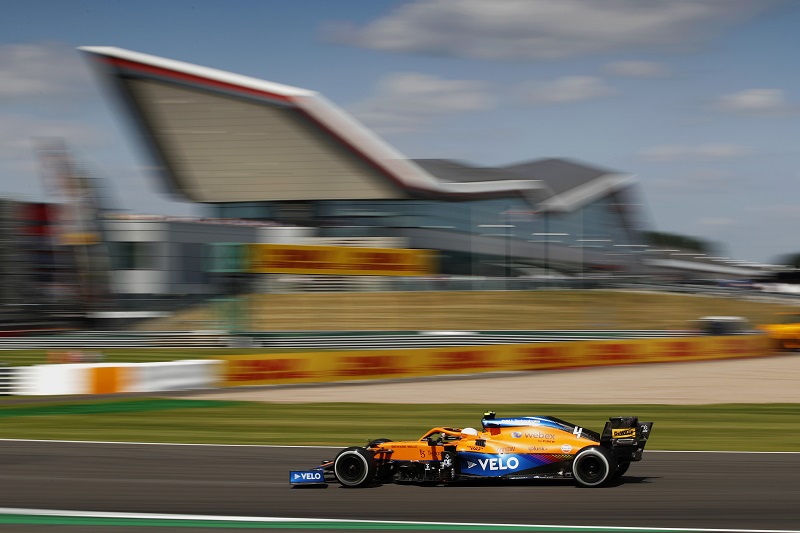 Lando Norris felt it was a tricky Friday at Silverstone for both himself and his McLaren F1 Team as he took sixth place on the grid for Saturday’s Sprint Qualifying race.

The British racer had taken second place in the one and only practice session earlier in the day, but he was not able to find the same kind of pace gain as those around him and was left to fight just to make it into the top ten shootout.

Despite this, he is satisfied to be on the third row of the grid for Saturday’s race, and they now have final practice on Saturday morning to work out the set-up that will benefit them in that race and in Sunday’s full-distance British Grand Prix.

“Tricky day with this different format, just because of the time limits you have,” said Norris.  “With less track time than we’re used to, it makes it much more challenging to know what decisions to make, and you take a couple more gambles based on the information you have.

“Saying that, I don’t think we could’ve done a lot better than sixth. Maybe there was something here or there, but at the end of the day I’m satisfied with where we are.

“We have FP2 tomorrow to prepare for the sprint, so we’ll see what we can do.”

Team-mate Daniel Ricciardo was only 0.002 seconds behind Norris in seventh, and the Australian was pleased with day at Silverstone where he felt had had made steps forward.

It was a pretty straightforward Qualifying session for Ricciardo, although he admits it is a little bit frustrating to be only seventh when less than a tenth of a second would have seen him start fourth.

Fourth is his target during Saturday’s first-ever Sprint Qualifying race, with his aim to have a good start and make up positions to ensure a good starting position for Sunday’s British Grand Prix.

“On the whole it was a really positive day,” said Ricciardo.  “I had really good speed all through qualifying, made some good steps and felt good with the car, so that’s important.

“I can’t help but feel frustrated because it’s so close to P4 and it’s always when you’re at the back of the close pack that you feel it most. But anyway, it’s progress, it’s good, it’s positive. It’s always easy to find that half a tenth with hindsight and I feel it probably was there.

“Sprint qualifying tomorrow, we’ll see what happens, get a good start, make some positions and get up to fourth, where I believe we could’ve been today. That’s the plan tomorrow.”